Peach Blossoms is a celebrated Chinese restaurant located in Marina Mandarin Hotel. This hotel never fails to bring grandeur in a private manner. Their restaurant is no different. Greeted by chirping birds at the entrance, one almost feels like he is entering into a real chinese dynasty home!
This year they are launching the traditional Cantonese Lunar New Year Menu. 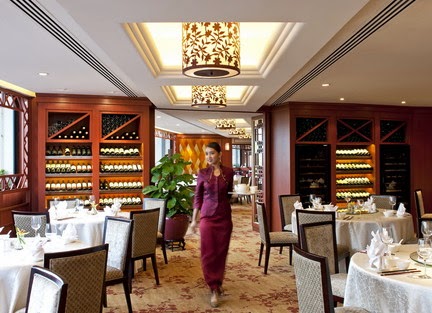 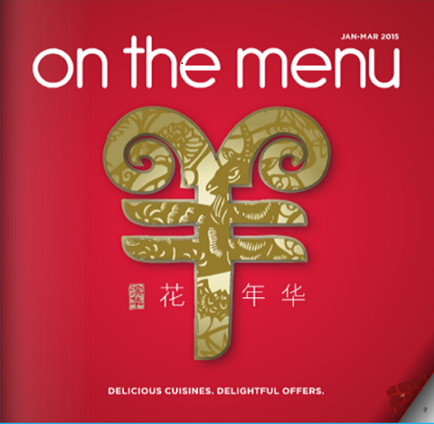 This yusheng has a citrus after taste, something new from the usual. They have strawberry and mango slices too. The deep fried crispy fish skin gives the overall texture of the yusheng a very tasty and crisp one. The portion of salmon and vegetables were very generous. Those who believe in longevity, this will be a great yusheng as you can see from the "lao-ing" process, the vegetables were prepared to be really long! 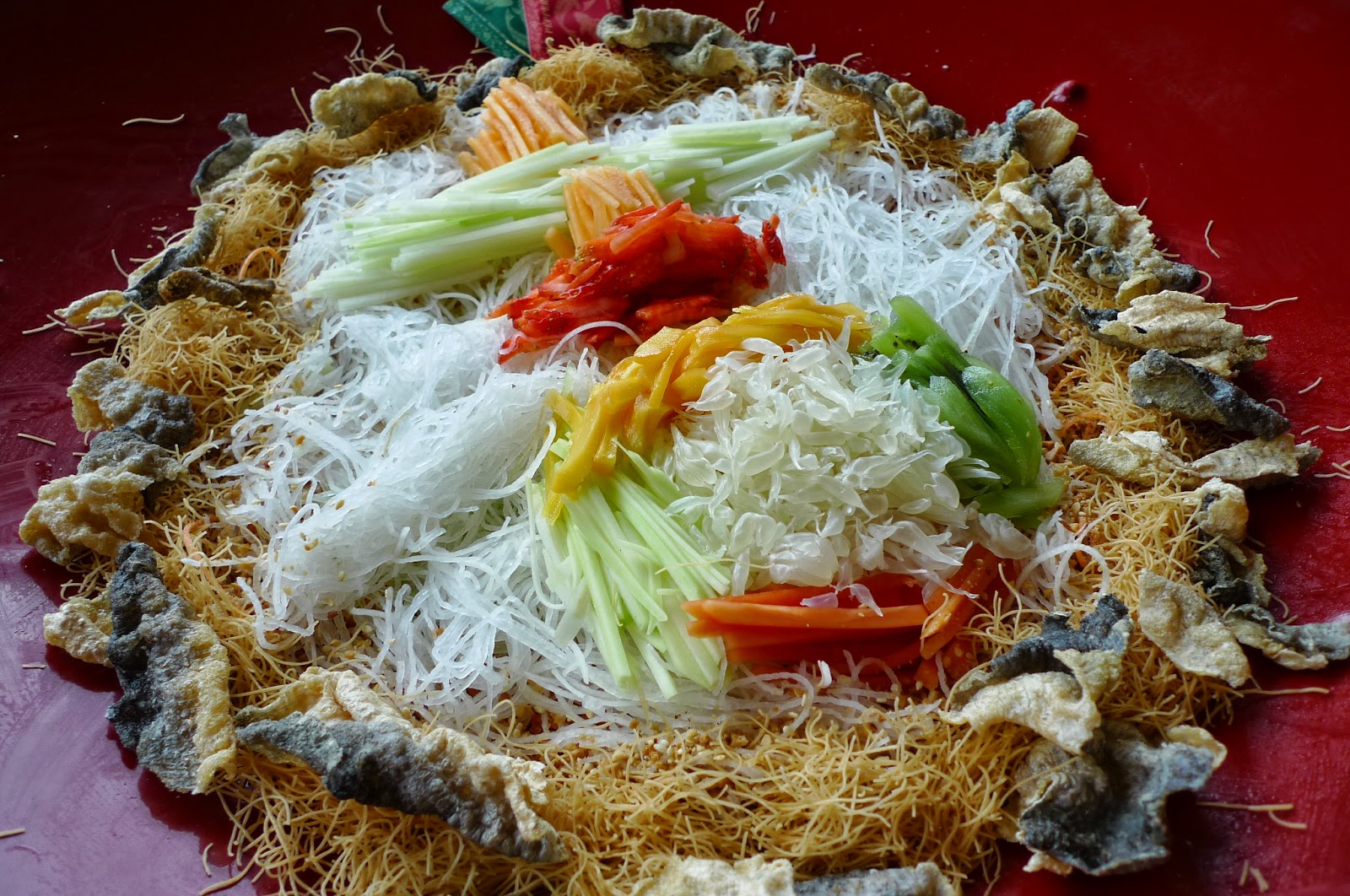 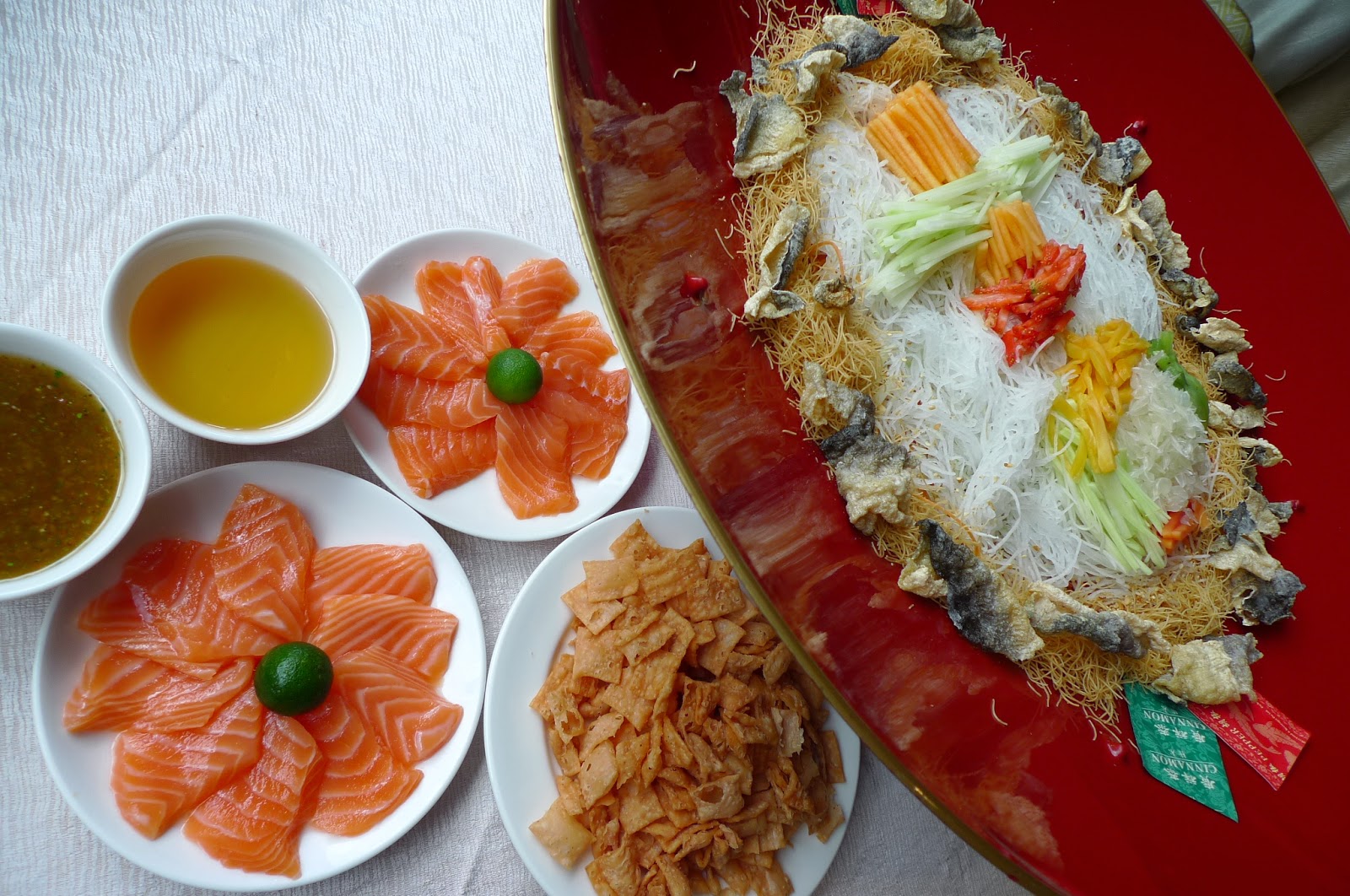 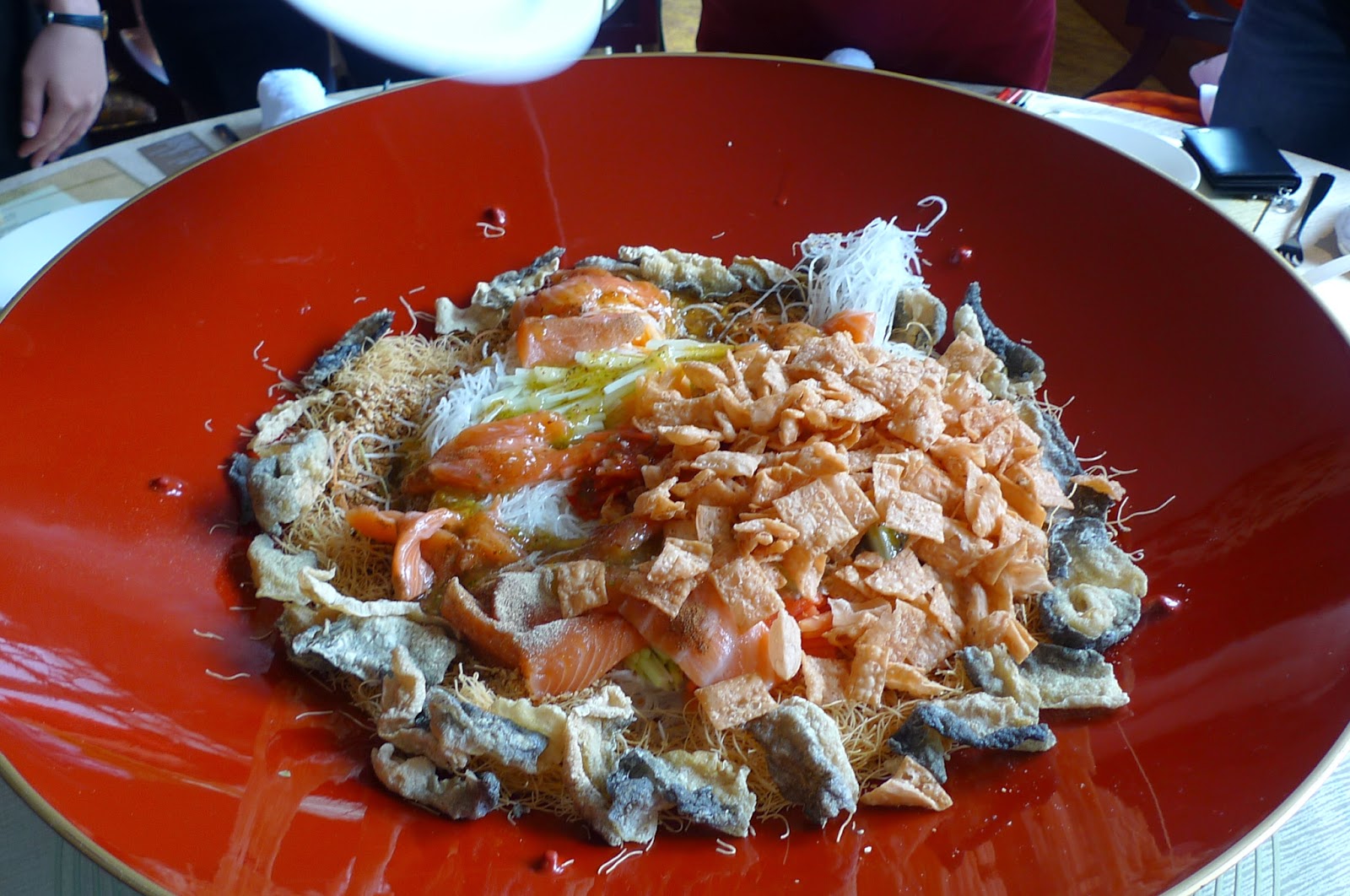 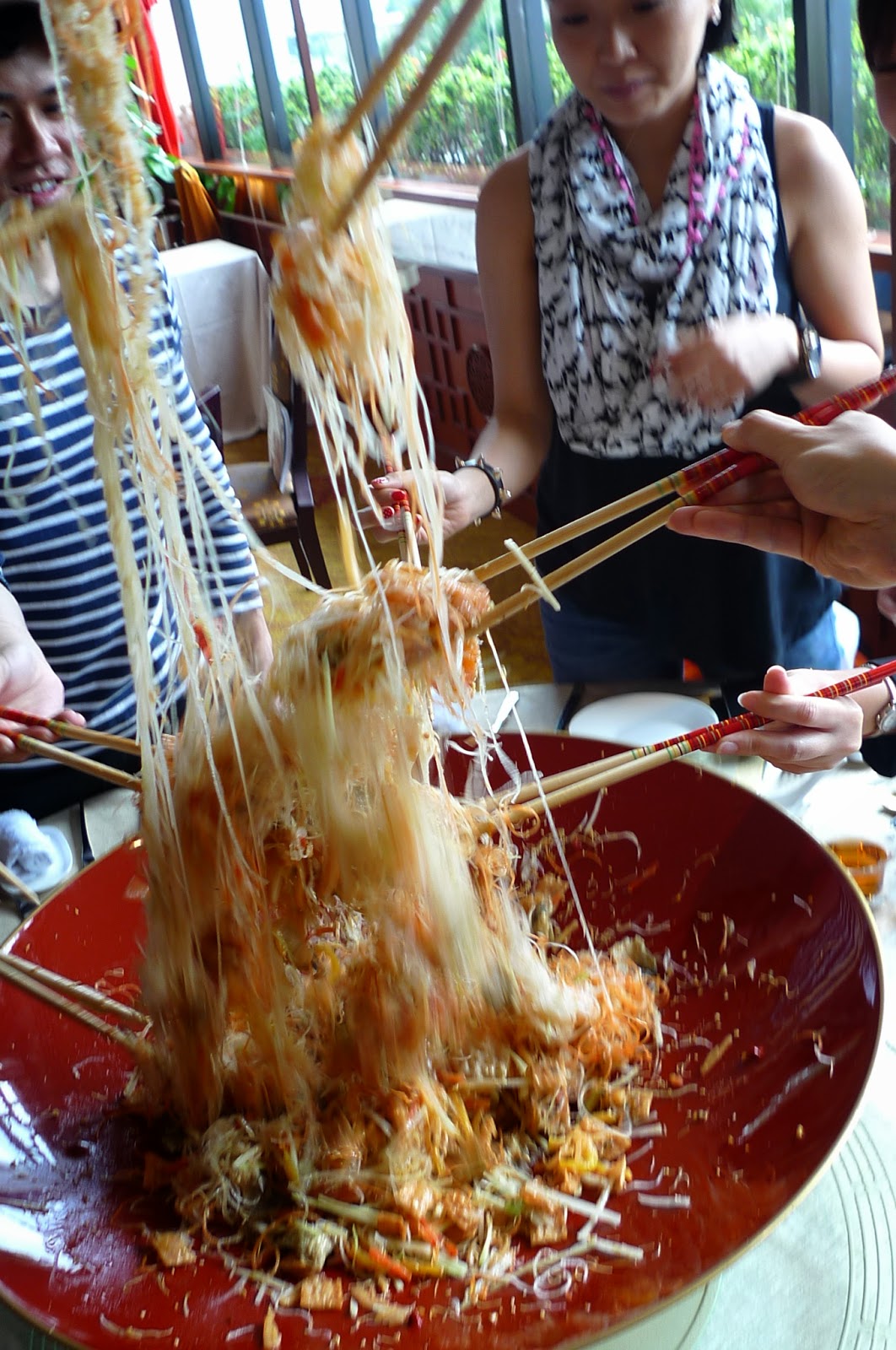 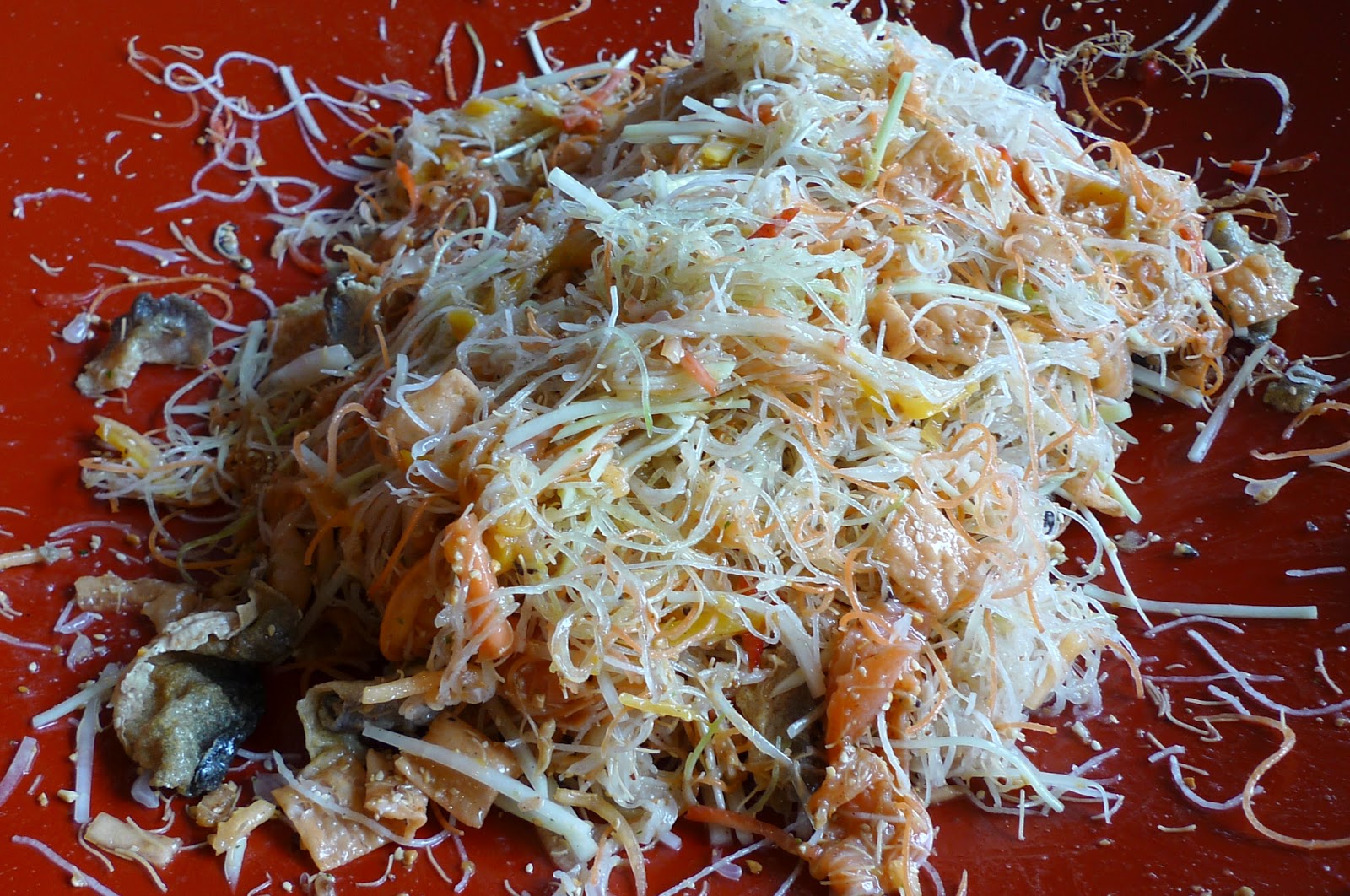 The soup was really clear and light. Generous portions of bird's nest!! Never had we had bird's nest in such large pieces but because of the great preparation, they were soft and yet leaving a little chewiness for you to enjoy. The morchella in the soup added to the flavours and complemented to the overall dish feel. 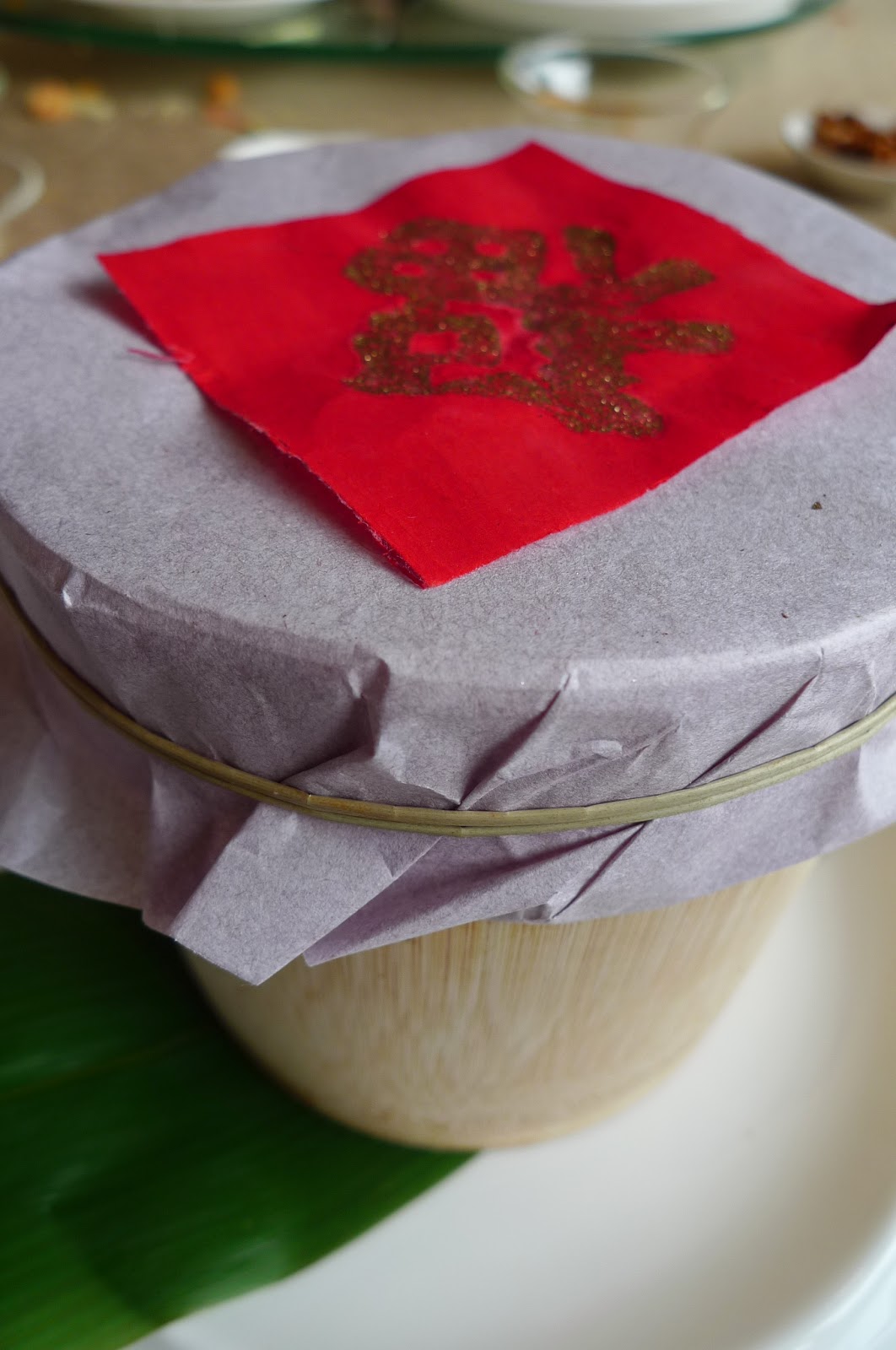 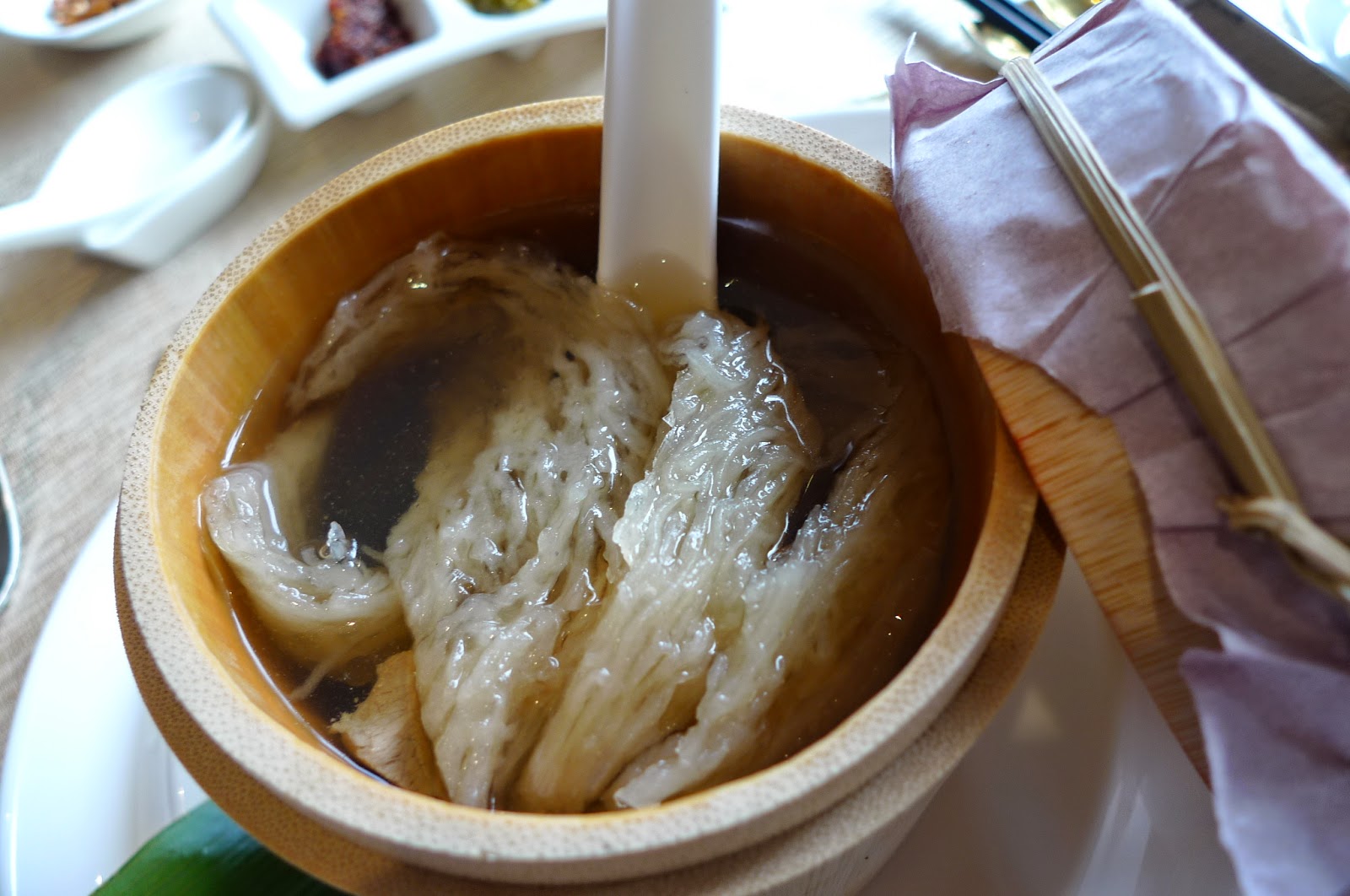 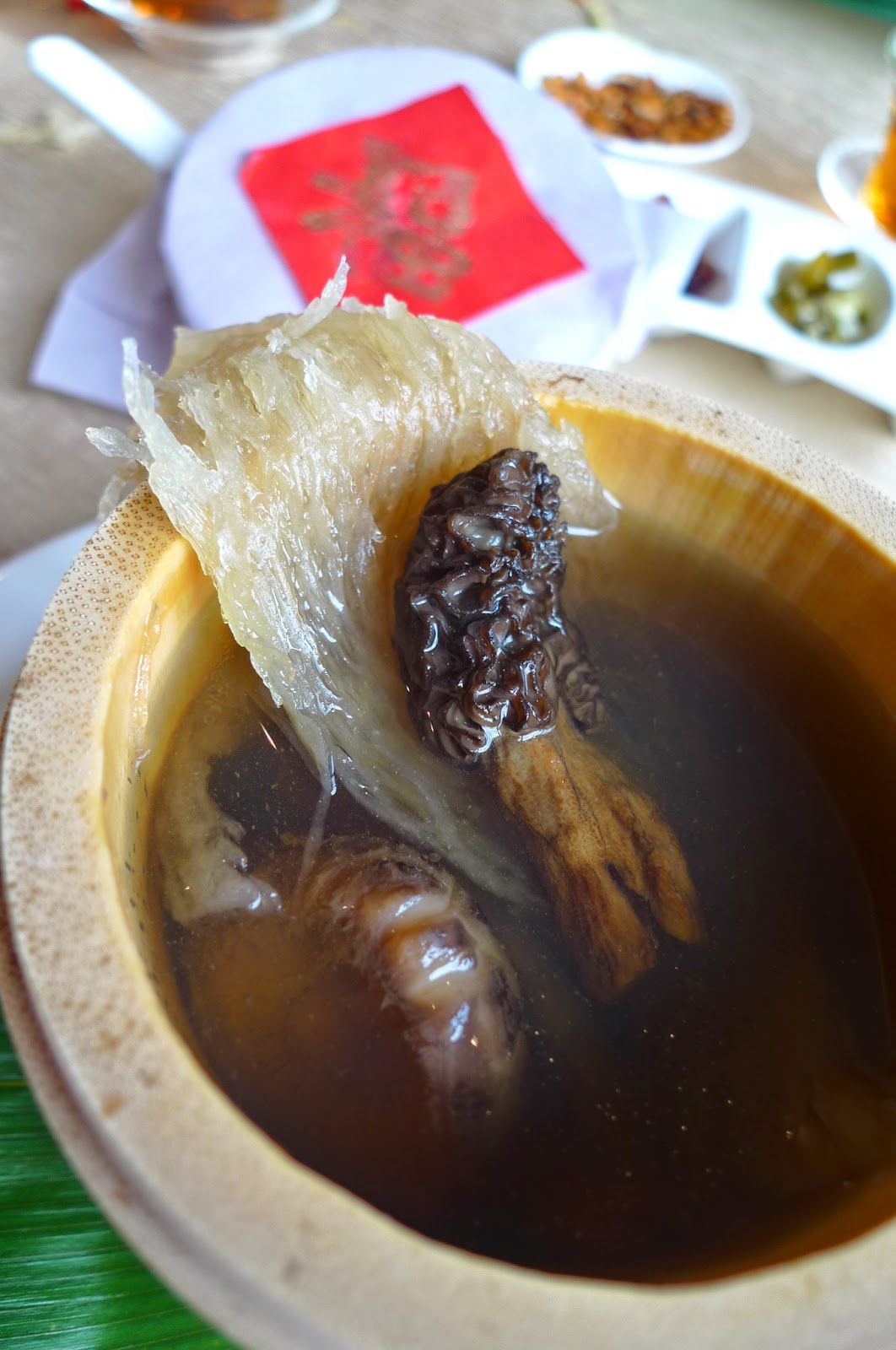 By now, we were already quite full. The generous portion and variety in this dish was overwhelming. Fresh ingredients and soft to the bone meat made it easy to slowly enjoy this dish. The duck web could be a little intimidating for those have never had chicken claws before, but the abalone, scallop and "Fa-Cai" could help to make diners happy too. Tasty and generous portion we must emphasize. 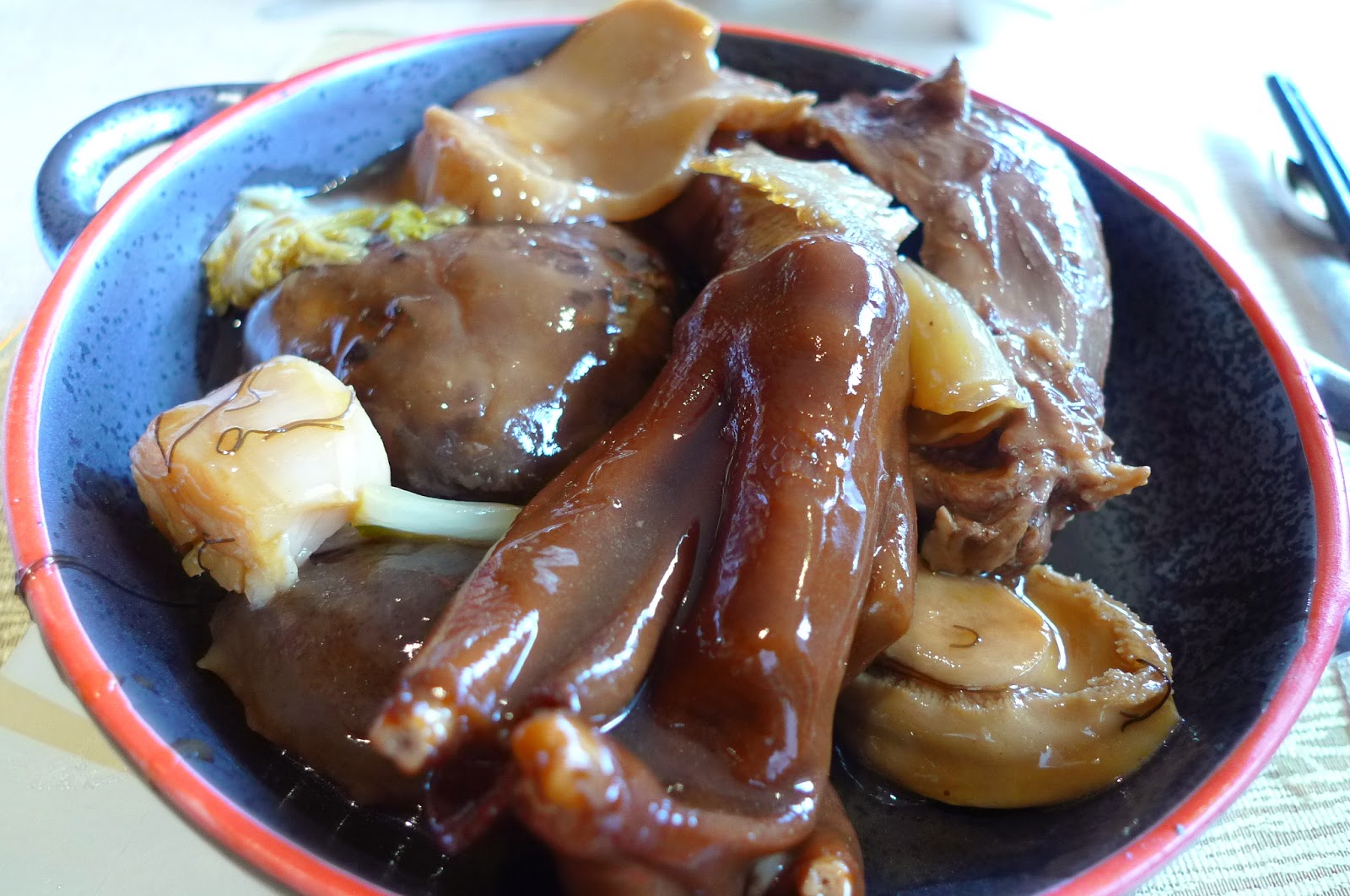 The goose was tasty and well roasted. The meat was cooked without the gamey taste and tender to a point where we forgot we were eating goose! Nicely oiled and brought in specially from Hungary, the efforts to ensure this traditional must have dish for new year gave the previous dishes a run for their ratings! 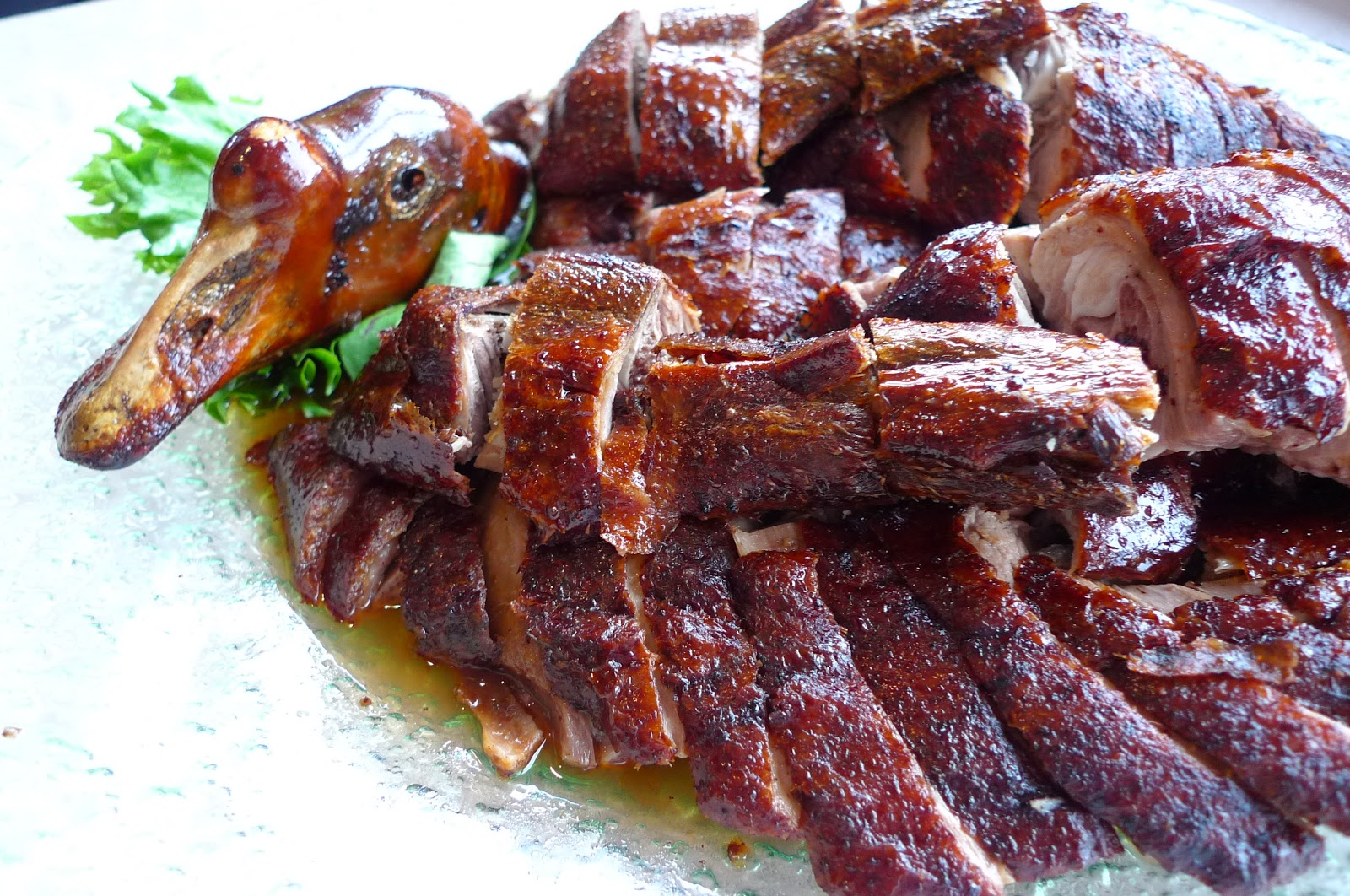 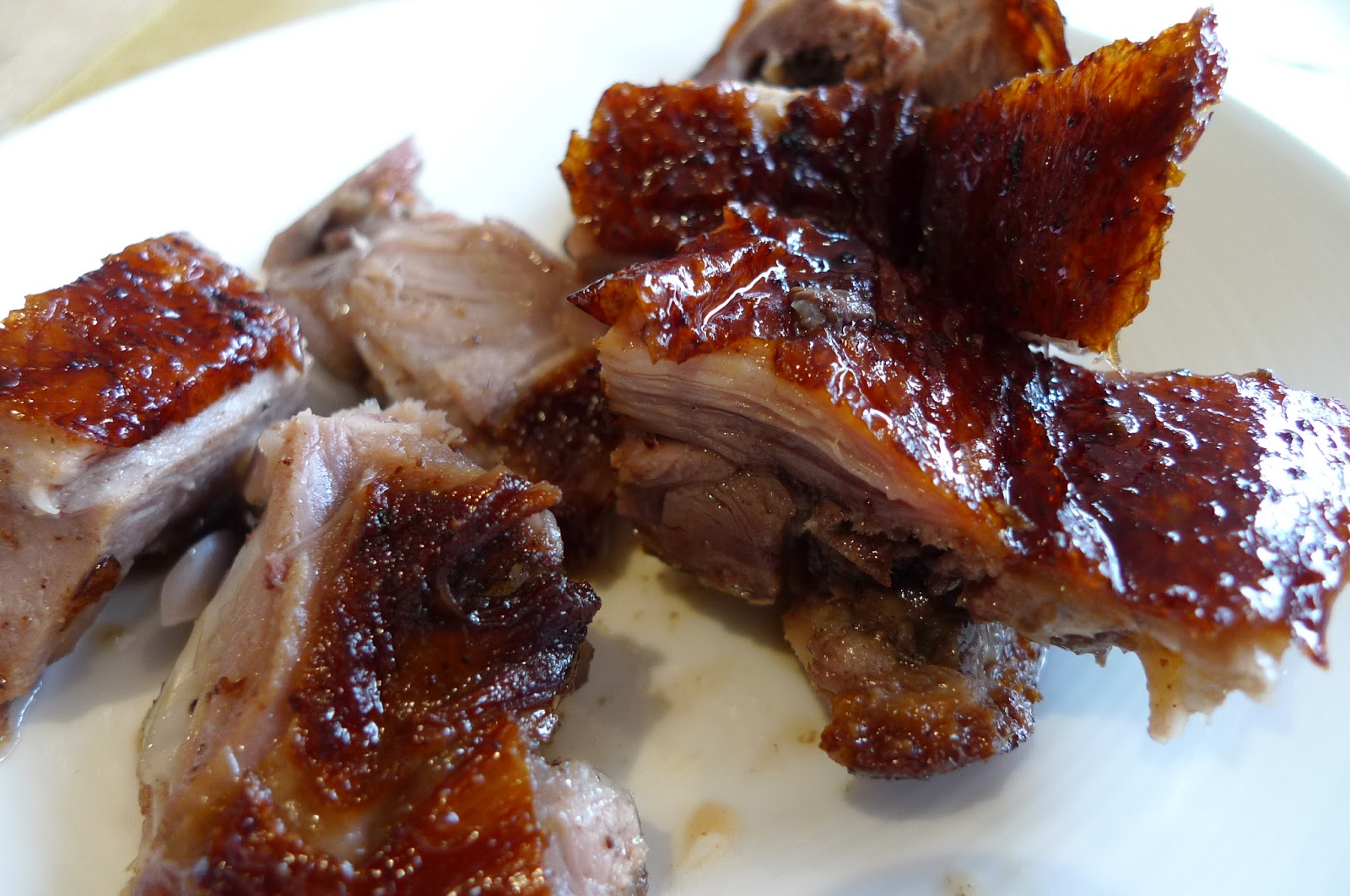 Though we were thoroughly filled, the glutinous rice with the 2 types of meat did not manage us to convince to stop. Tasty and not over-filling portions, the rice is also a must have. 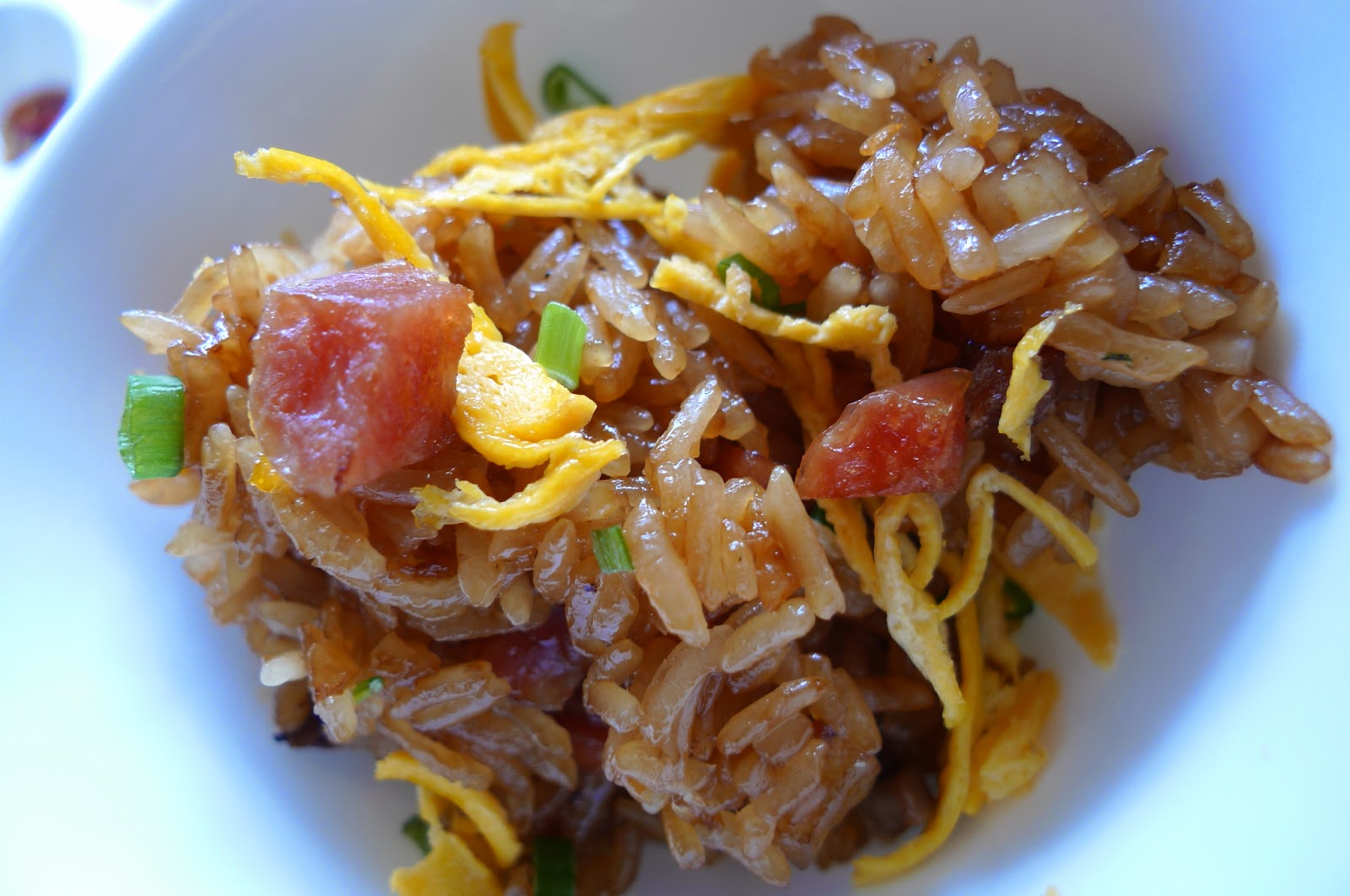 The last dish is the traditional Nian Gao. A very big surprise was they had filled the nian gao with CHEESE! Not only that they also give parmesan cheese for you to dip the nian gao in. We thought it was a wierd dish but once we tried it, we must commend Peach Blossoms for their efforts in their creativity. It was surprisingly nice (coming from a sweet taste favouring profile)! The savouriness of the cheese paired with the texture of the traditional nian gao gave this dish a good rating! 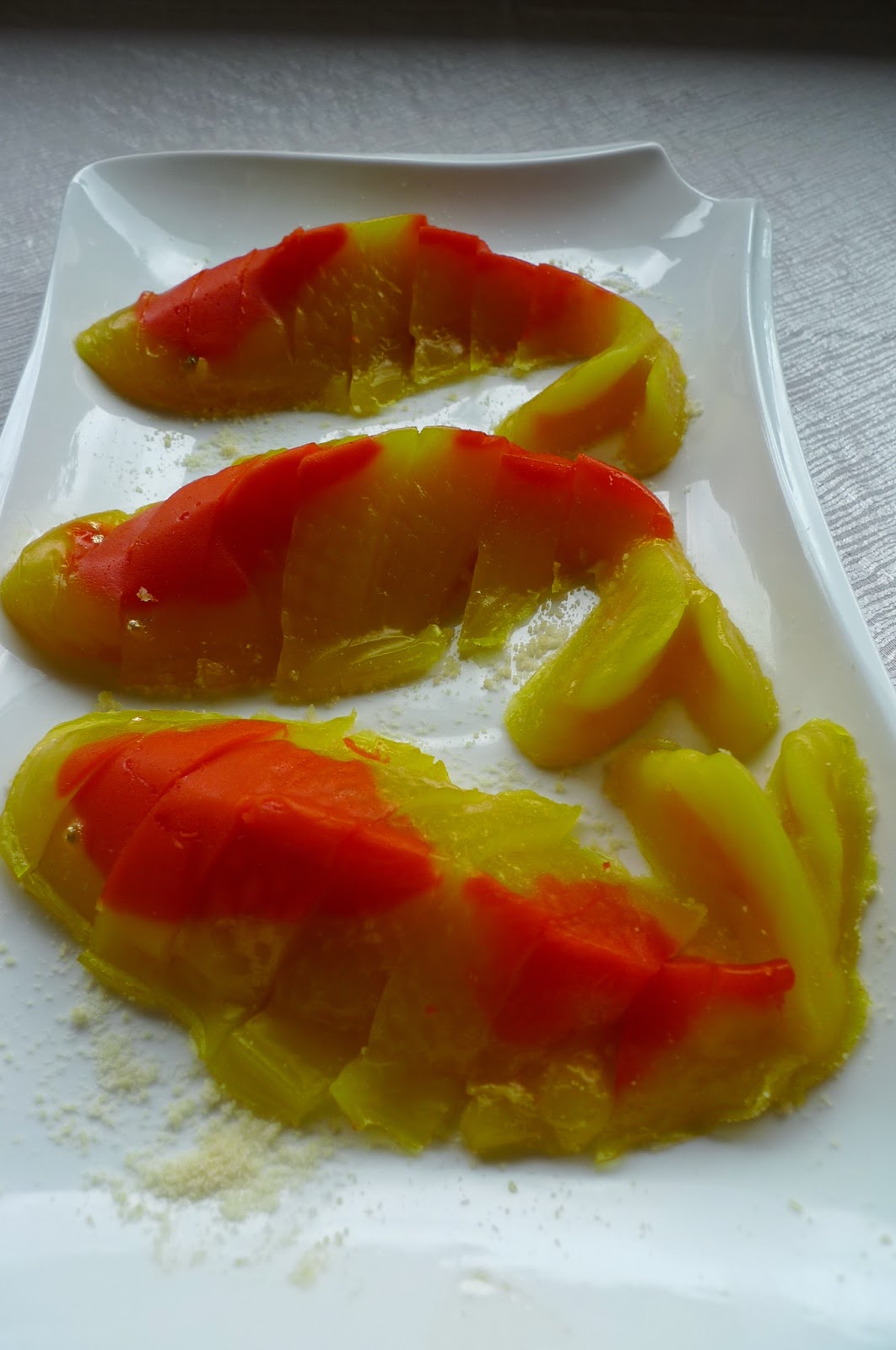 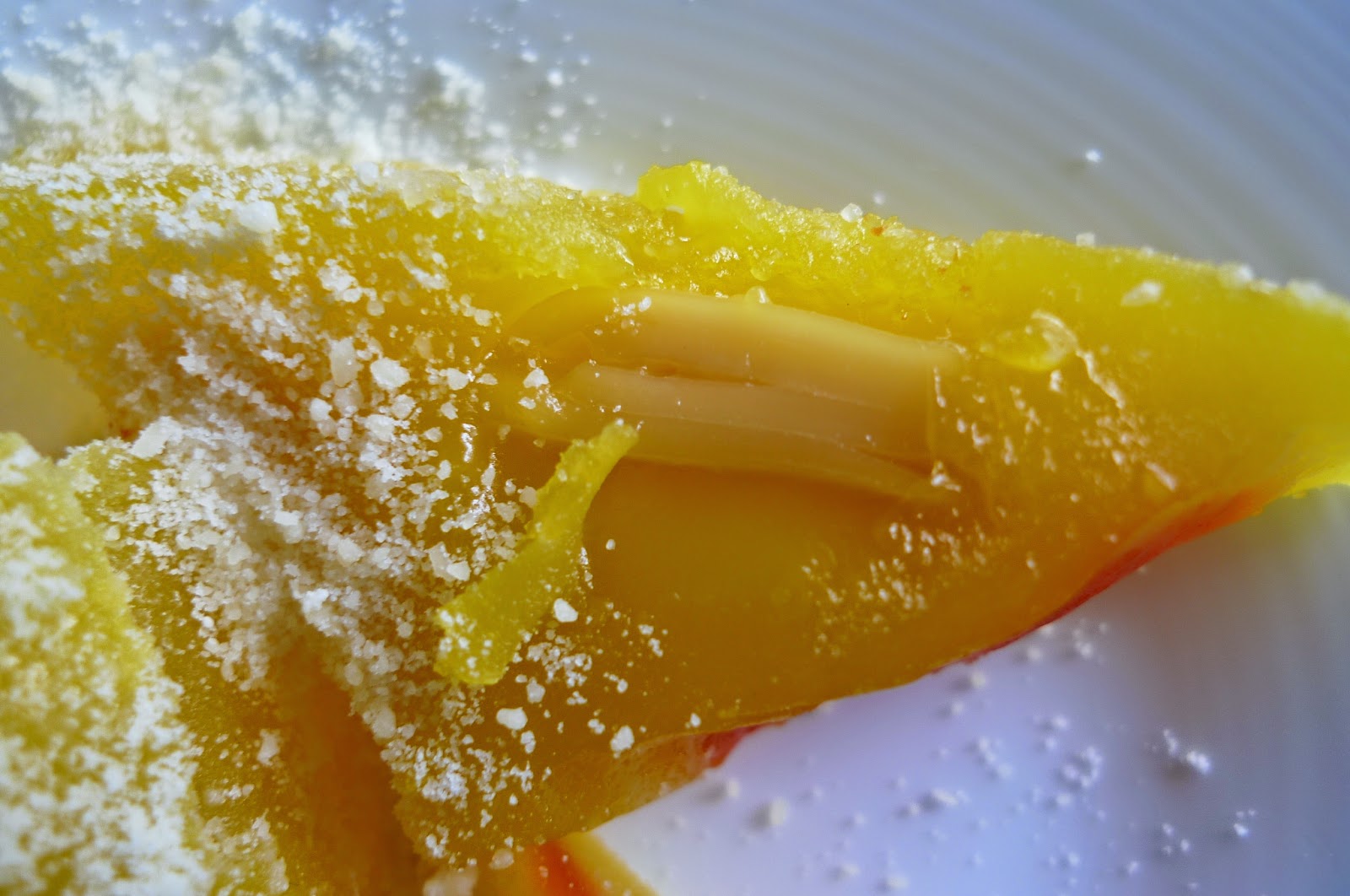 The full menu cand be found in this link
http://www.meritushotels.com/d/marina-mandarin-singapore/media/PB_CNY_Menu_2015.pdf

Peach Blossoms opening hours are as shown below: