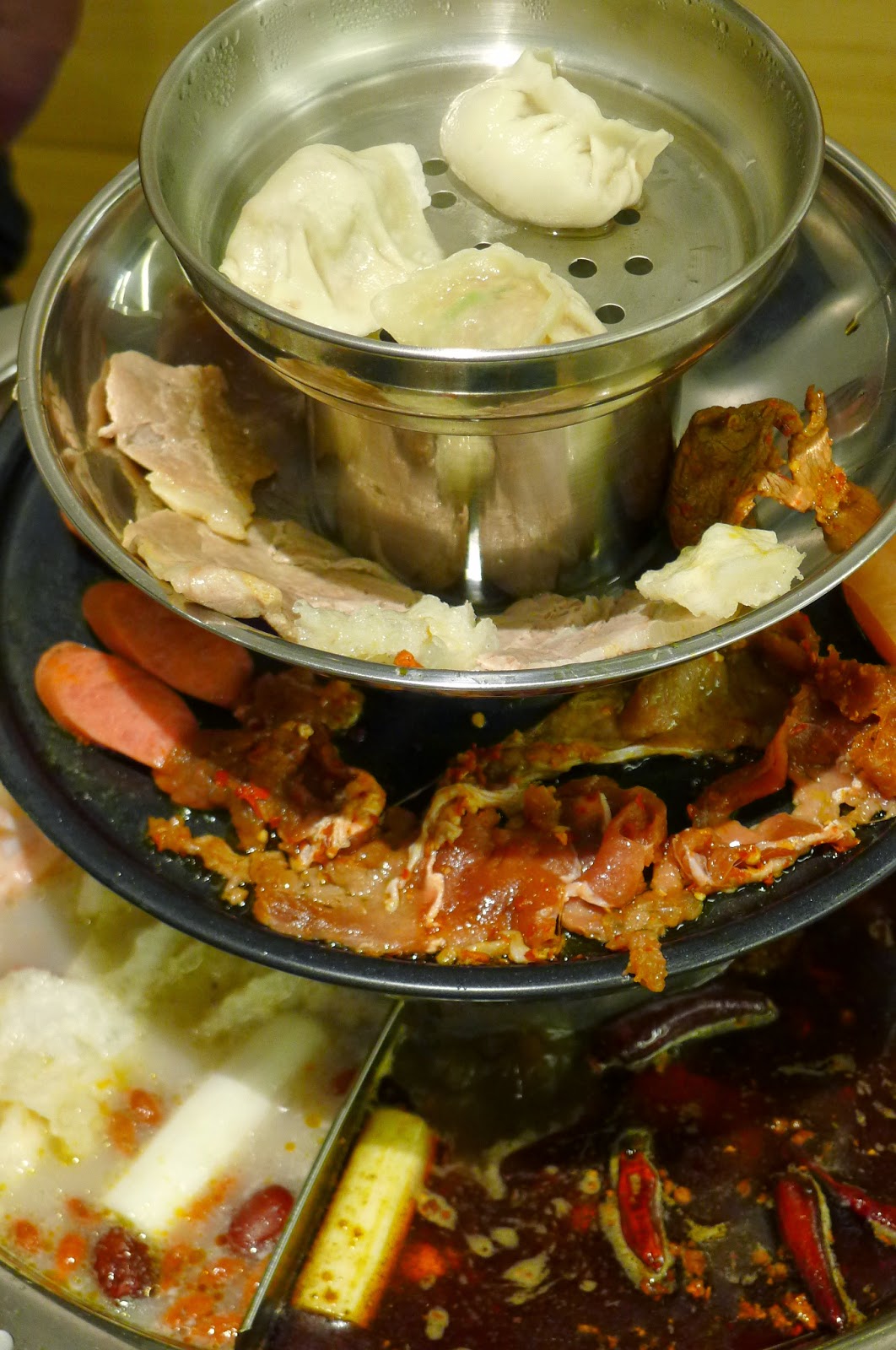 We've been to steamboat restaurants throughout Singapore, and further ashore, across Beijing, Taiwan, Hong Kong and even Australia. We've come across hot pots with 8 sections, with shark cartilage and with live river loaches. But we've never ever had a 4-tier steamboat like the one we enjoyed at Jiu Mao Jiu.

Jiu Mao Jiu is a cozy and understated hotpot joint managed by iCathering which also manages stalls in food courts at NUS, and a private catering service based out of Bartley. The company has further plans to open a stall at Simei's Eastpoint mall which will serve the increasingly popular Mala Xiang Guo. 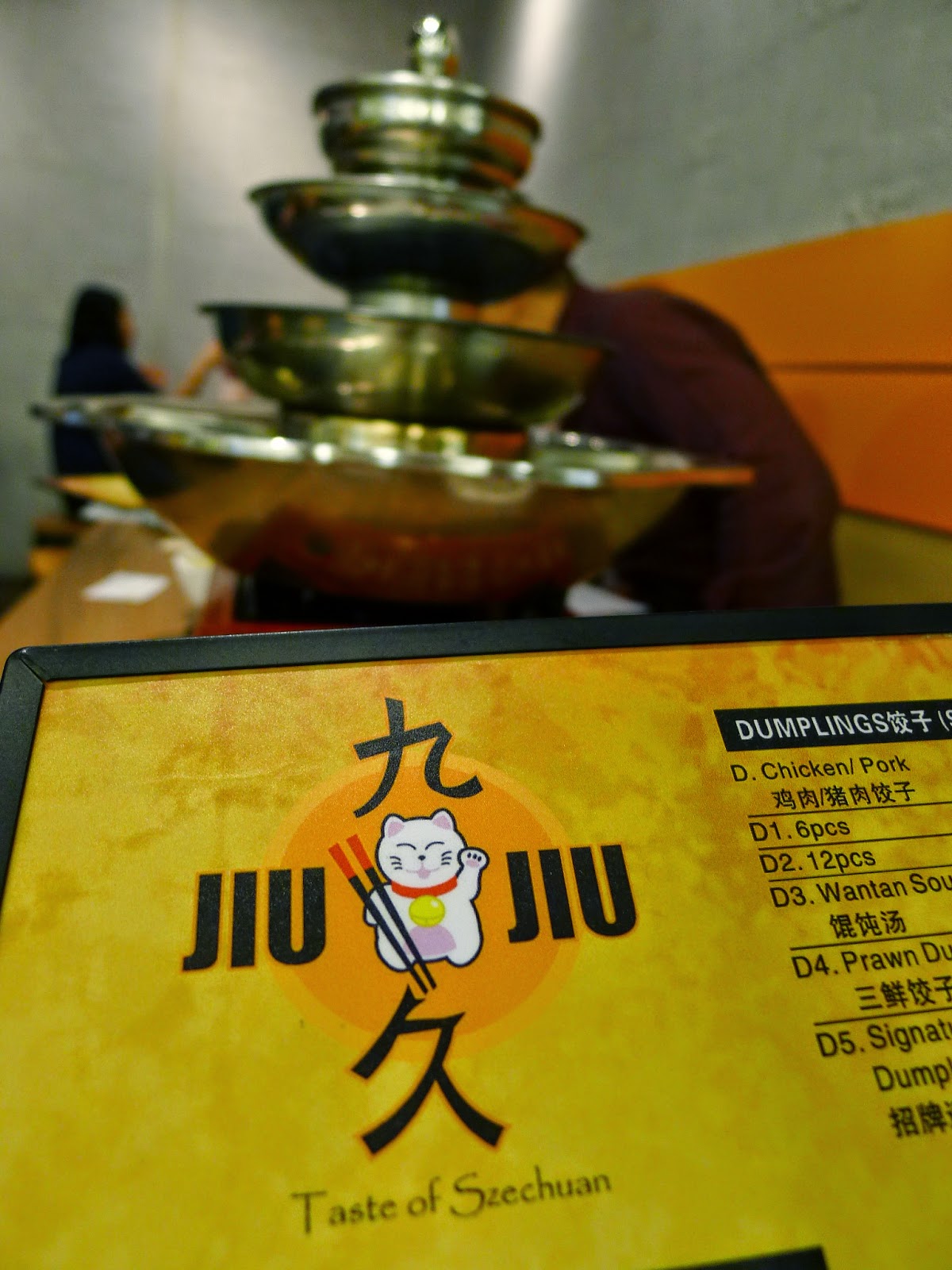 With such extensive inroads into F&B, it comes as no surprise that Jiu Mao Jiu also features a comprehensive ala carte menu of Tze Char 煮炒 favourites like butter cereal prawns and sweet and sour pork. 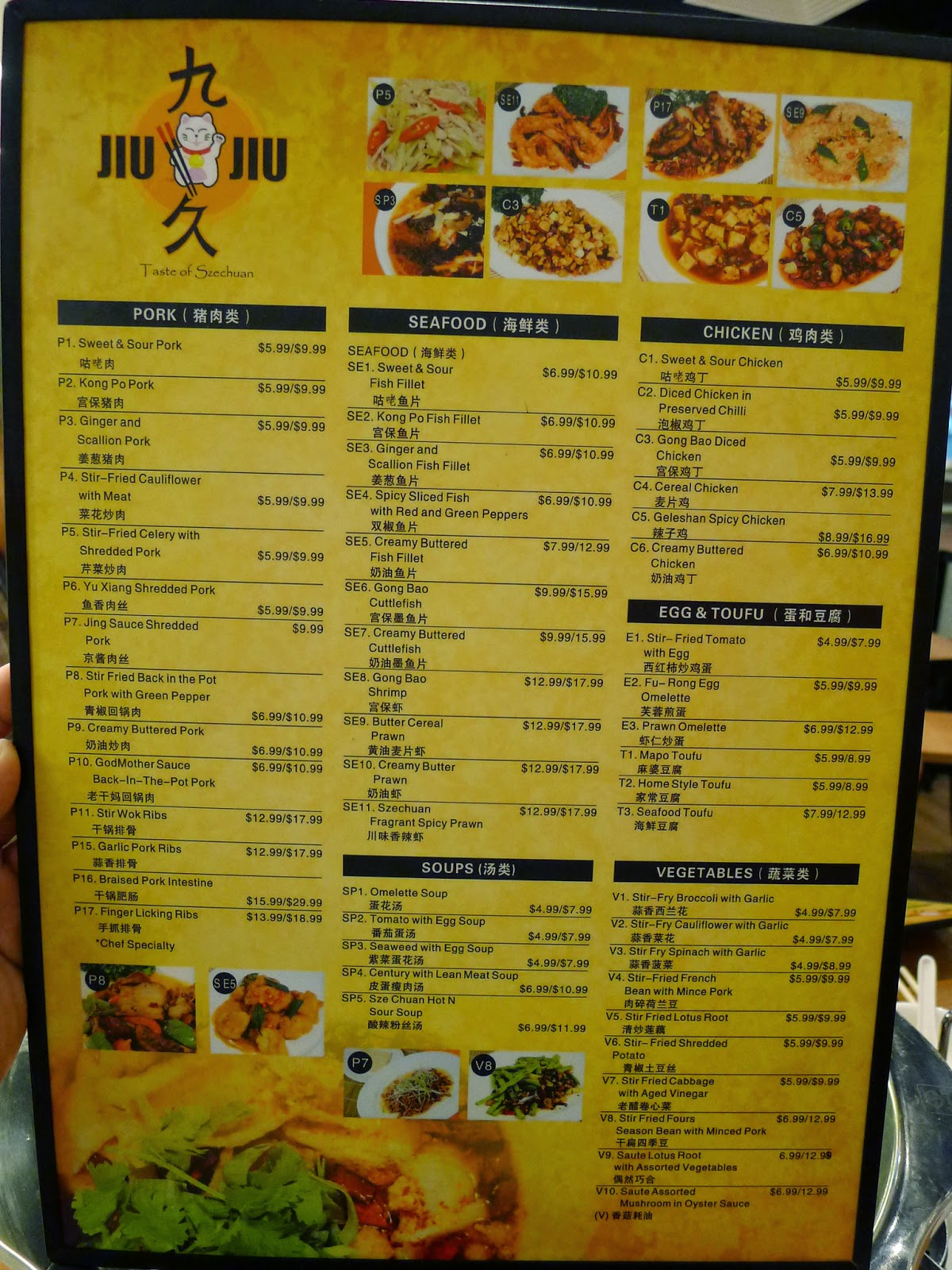 To cater to a broadening tastes of hot pot fans, Jiu Mao Jiu also serves Mala Xiang Guo. To the uninitiated, this is a "dry" version of hot pot, a wok fried toss up of slivers of meat, vegetables, Chinese potato noodles, and dried Chilis and peppercorns. 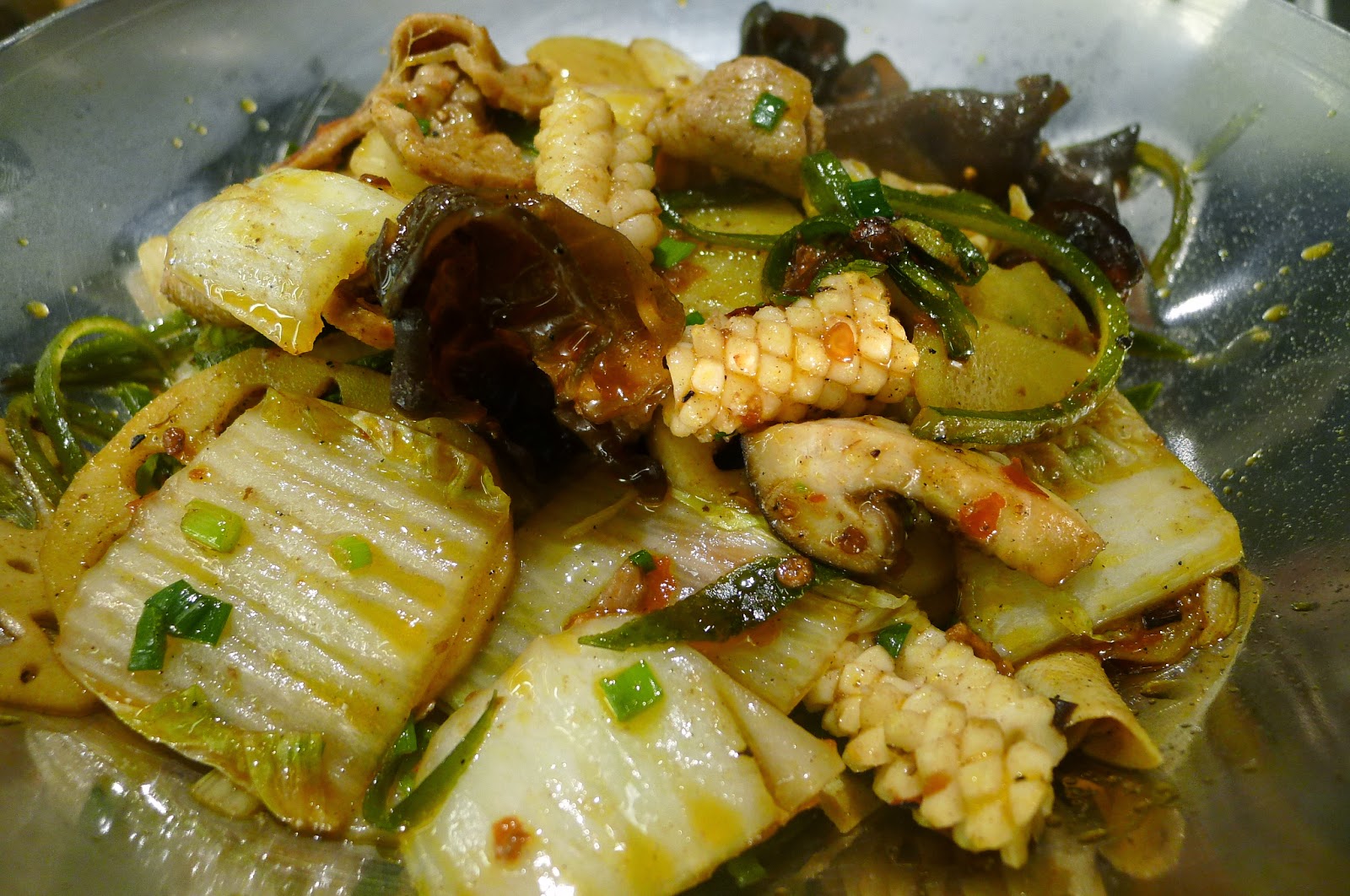 But the scene stealer and arguably the raison d'etre for the evening's visit was the 4- tier steamboat behemoth that eclipses every other thing on the table. The main act came out with much pomp, as our friendly waiter strained under the weight of this immense hot pot and the manifold flavors contained within. 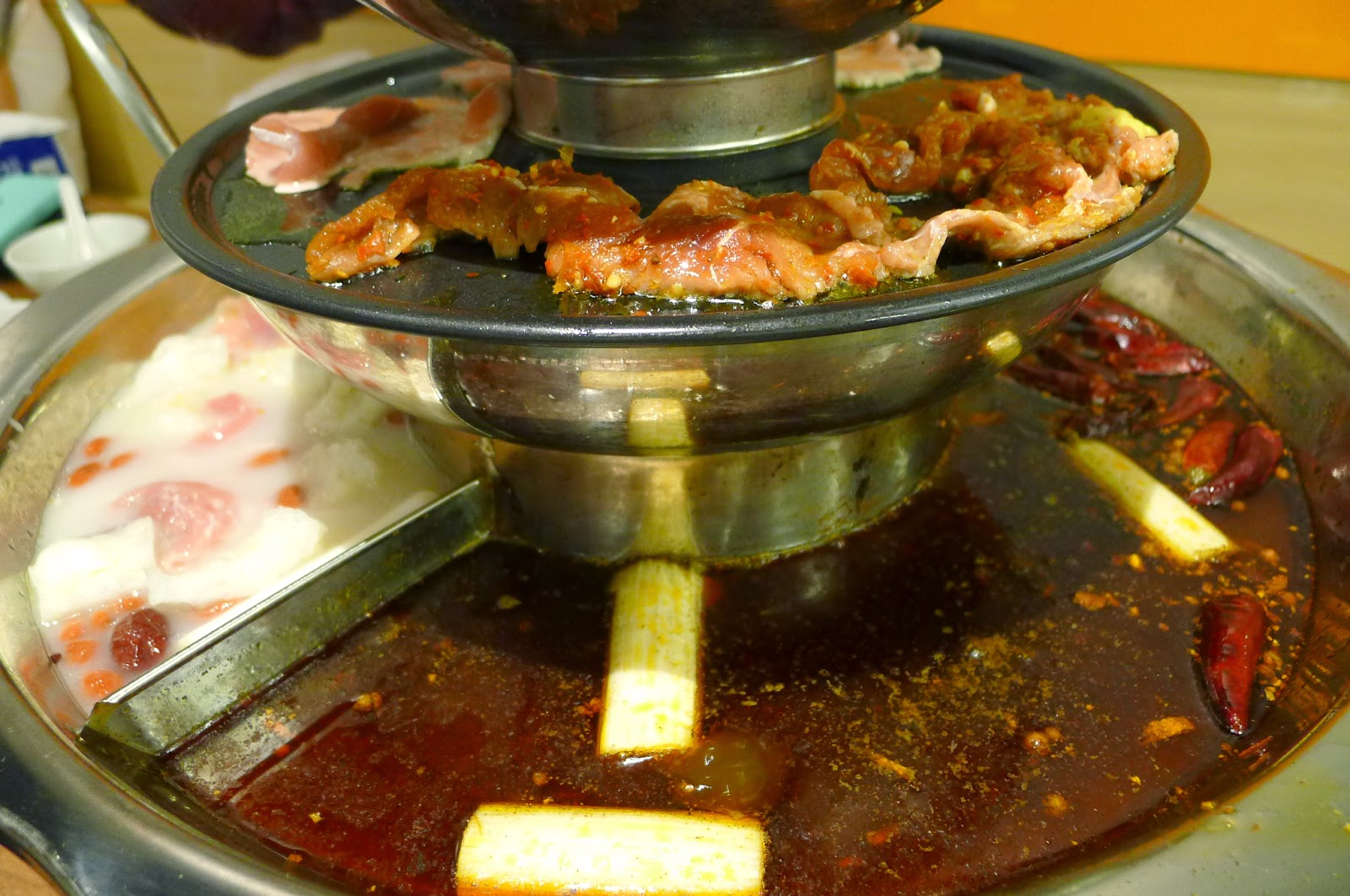 The twin soups go in the bottom, with the second tier used for BBQ items, the third tier keeps your food warm and the final tier holds a steamer for dim sum items. 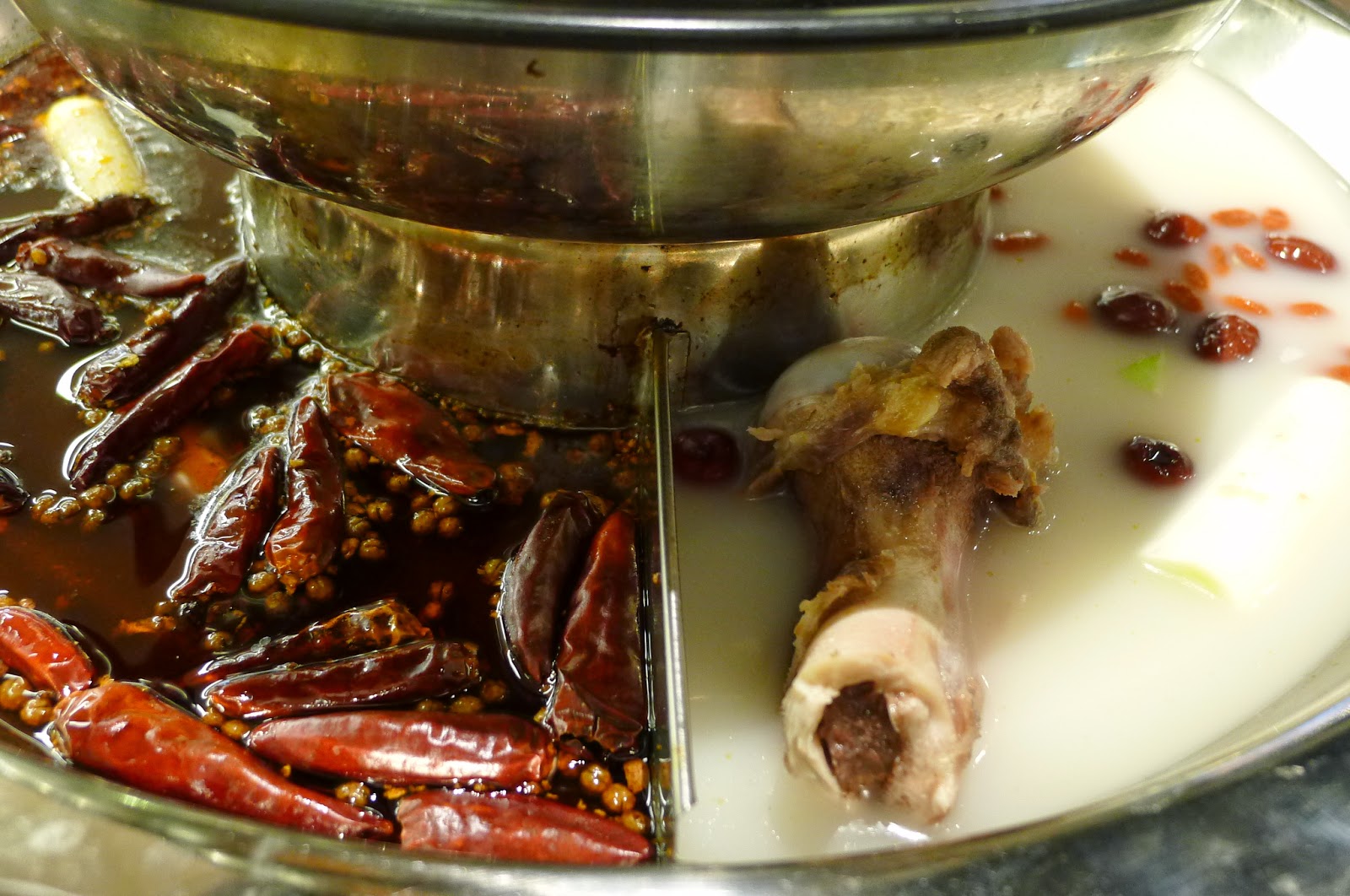 Of the 9 choices for broths (including the seductive sounding creamy butter soup), we chose the quintessential mala and the bone-in pork broth. 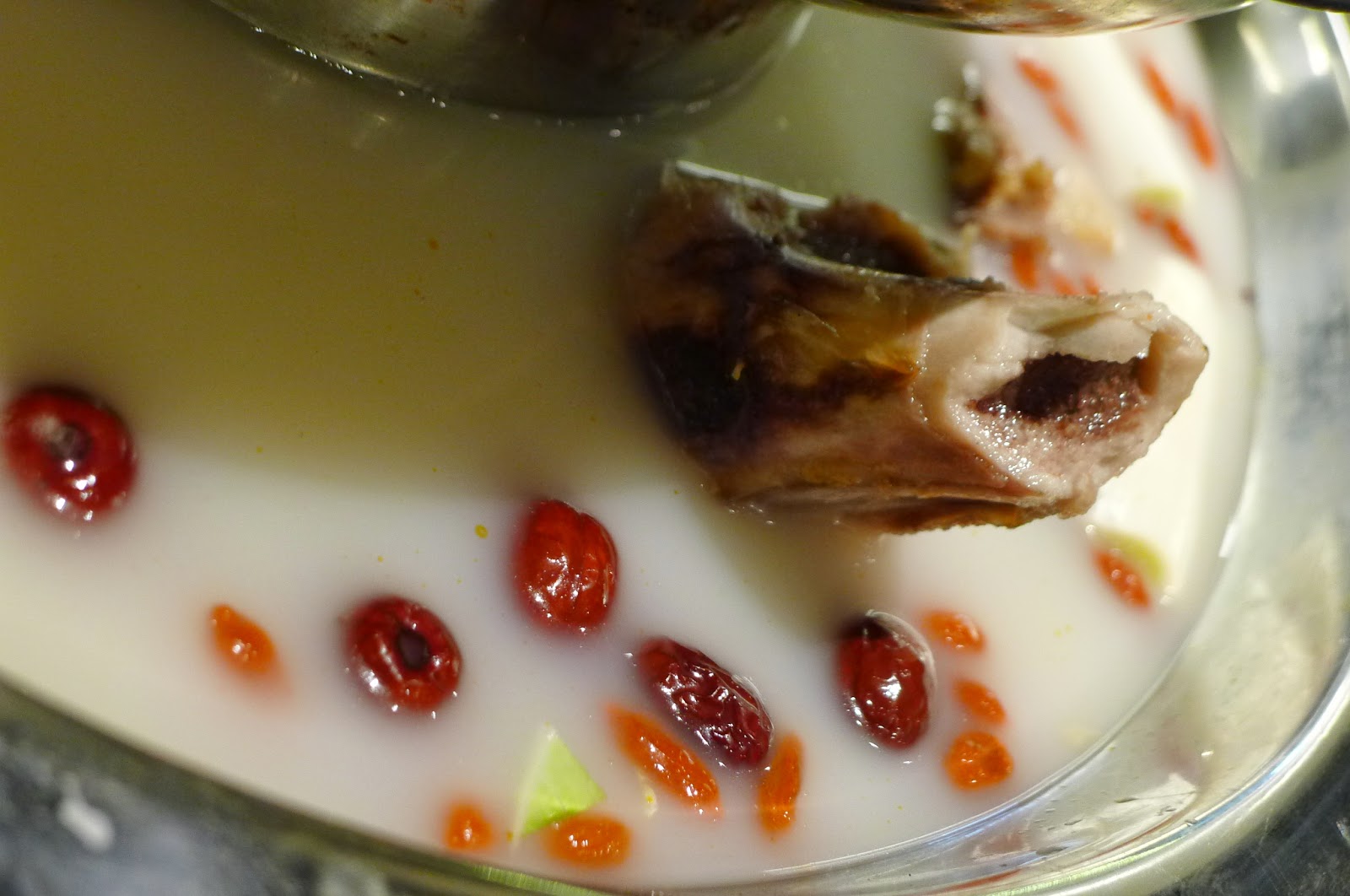 The pork broth came with a giant chunk of bone-in pork leg. It is boiled for over 3 hours together with red dates, goji berries and white radish, giving the soup a rich flavour that was readily soaked up by the generous chunks of fish maw we added to it. 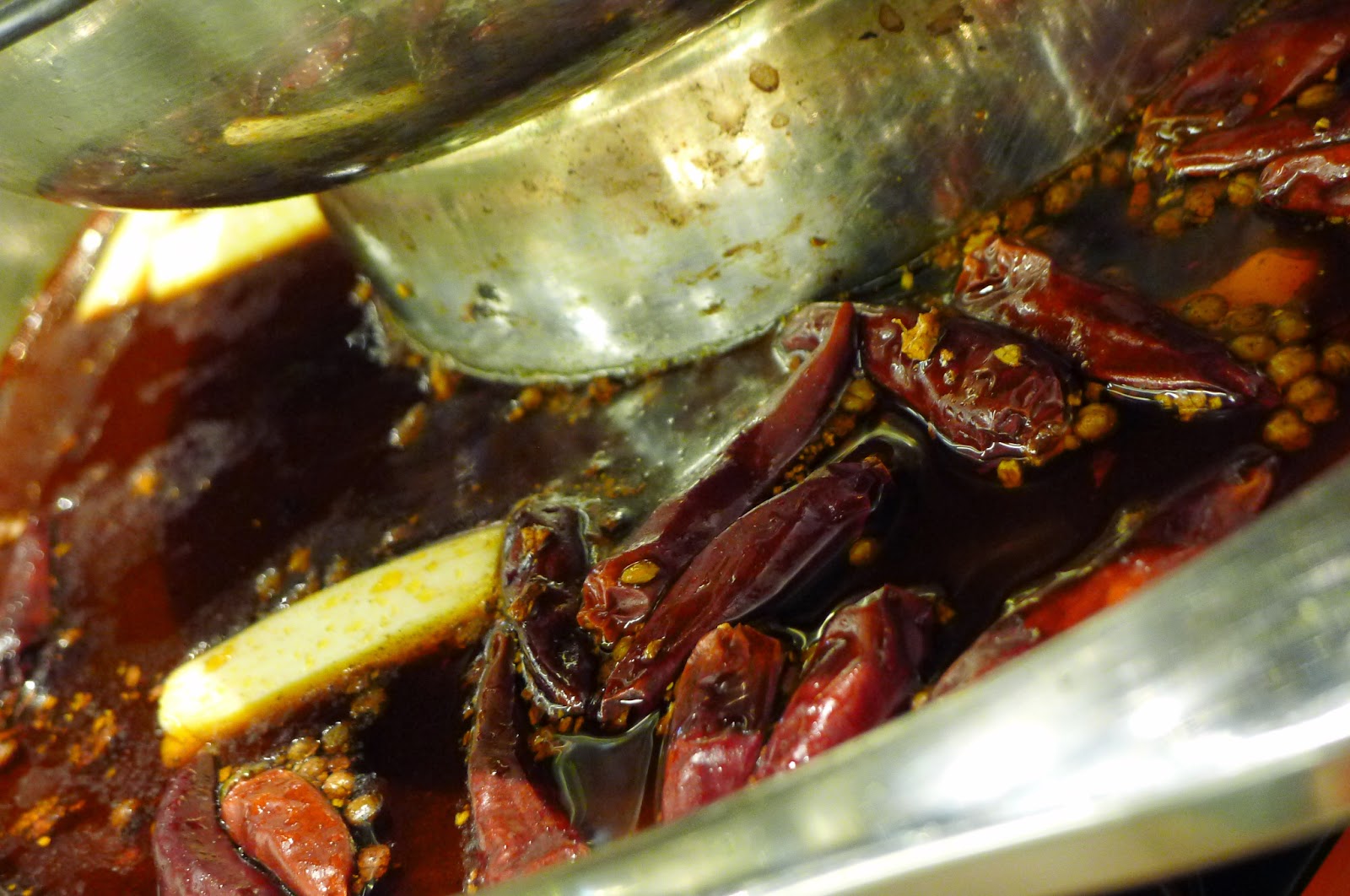 Mala was spicy enough without bushels of peppercorn or dried Chilis getting in the way of the numerous steamboat items we kept adding to it. Hardened acolytes of the Mala may find that the familiar numbing sensation from the use of huajiao (peppercorns) is missing and therefore opt for a higher degree of spiciness.

The steamboat menu is an extensive mix of staples like fish, lamb, beef, and chicken, with a few extras like Chinese sausage (lap cheong) and pork liver thrown in for good measure. It truly is one of the more comprehensive steamboat menus we have come across. 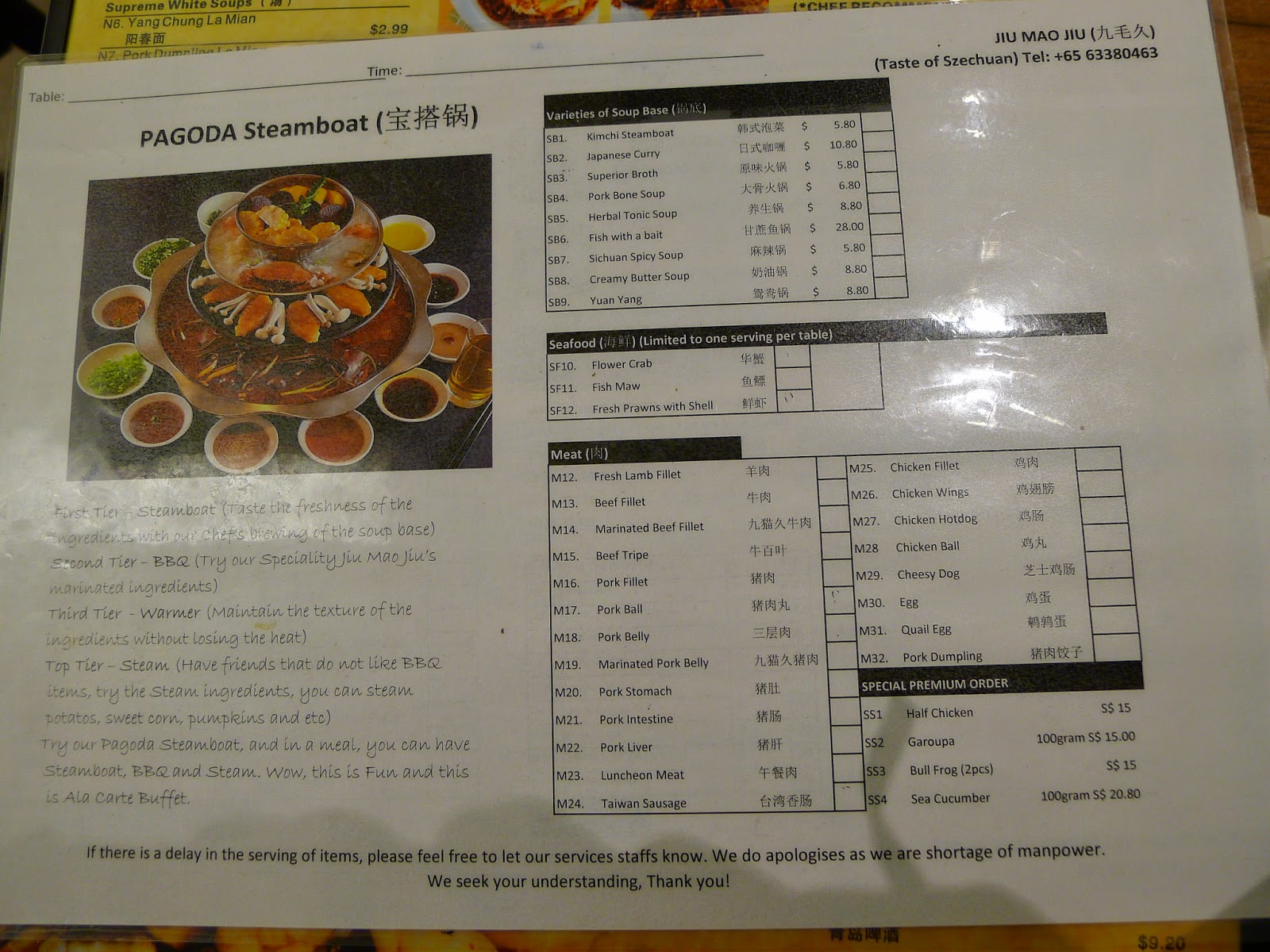 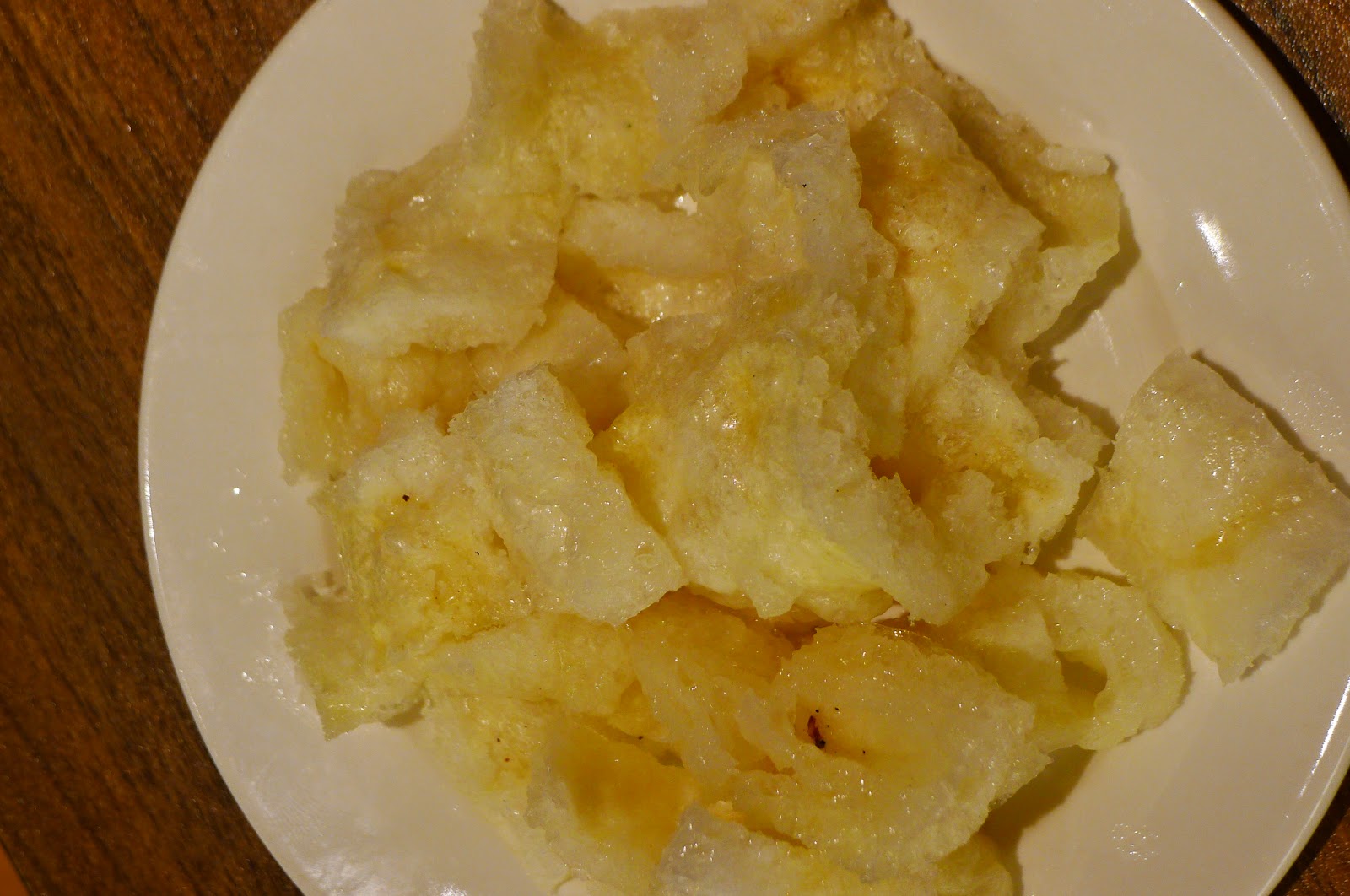 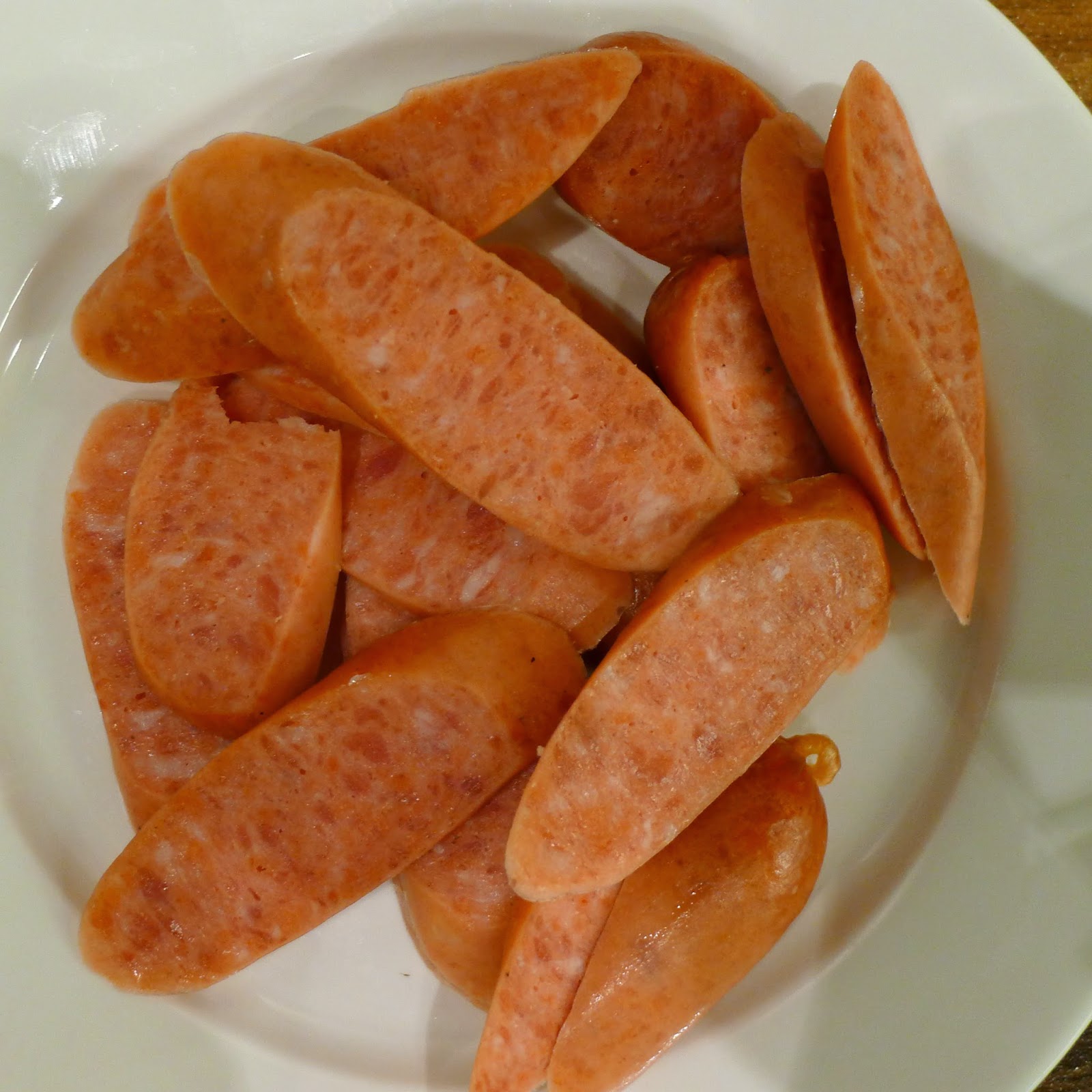 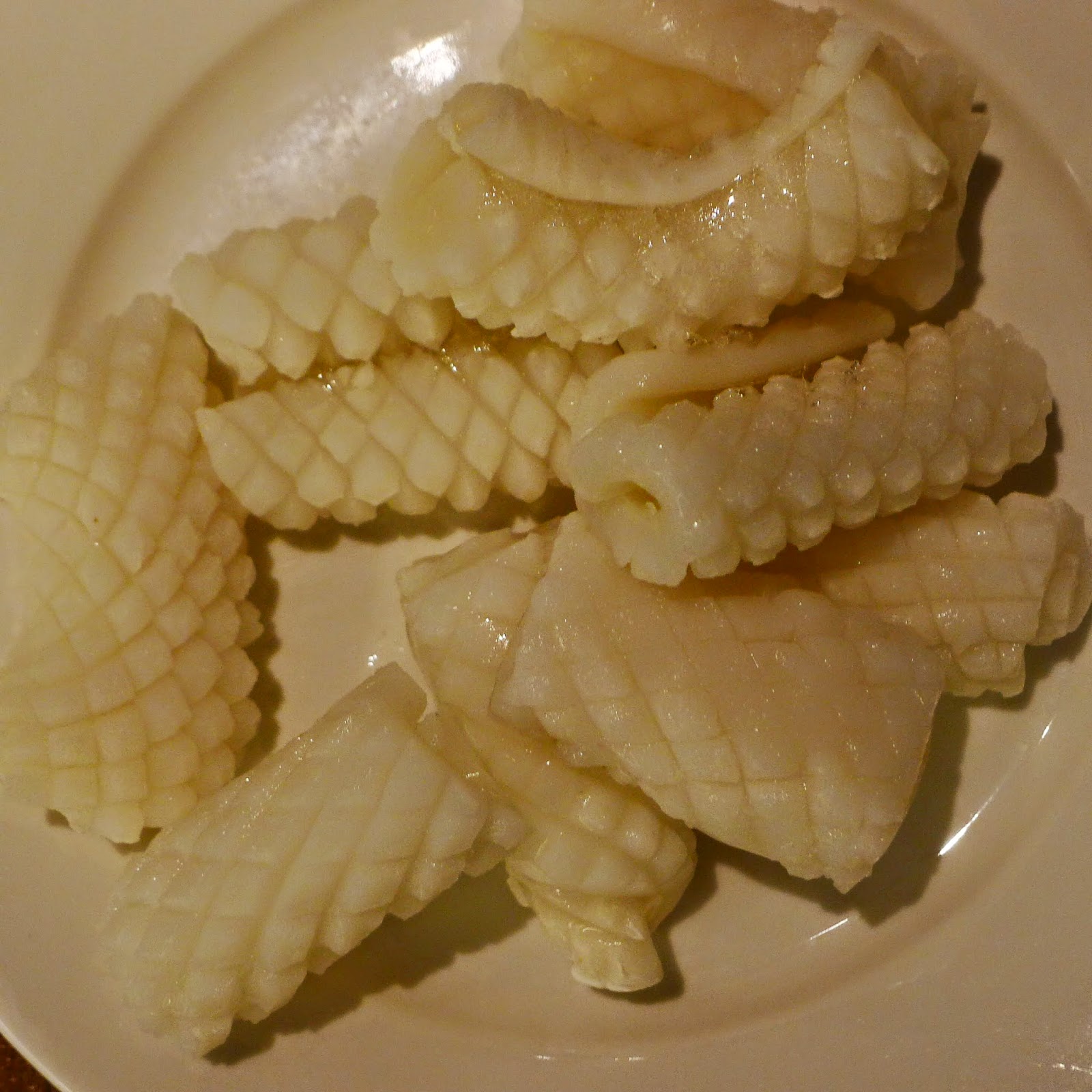 Moving on to the BBQ, the grill is greased with good old butter. No pretense here. It works and it makes everything taste great. 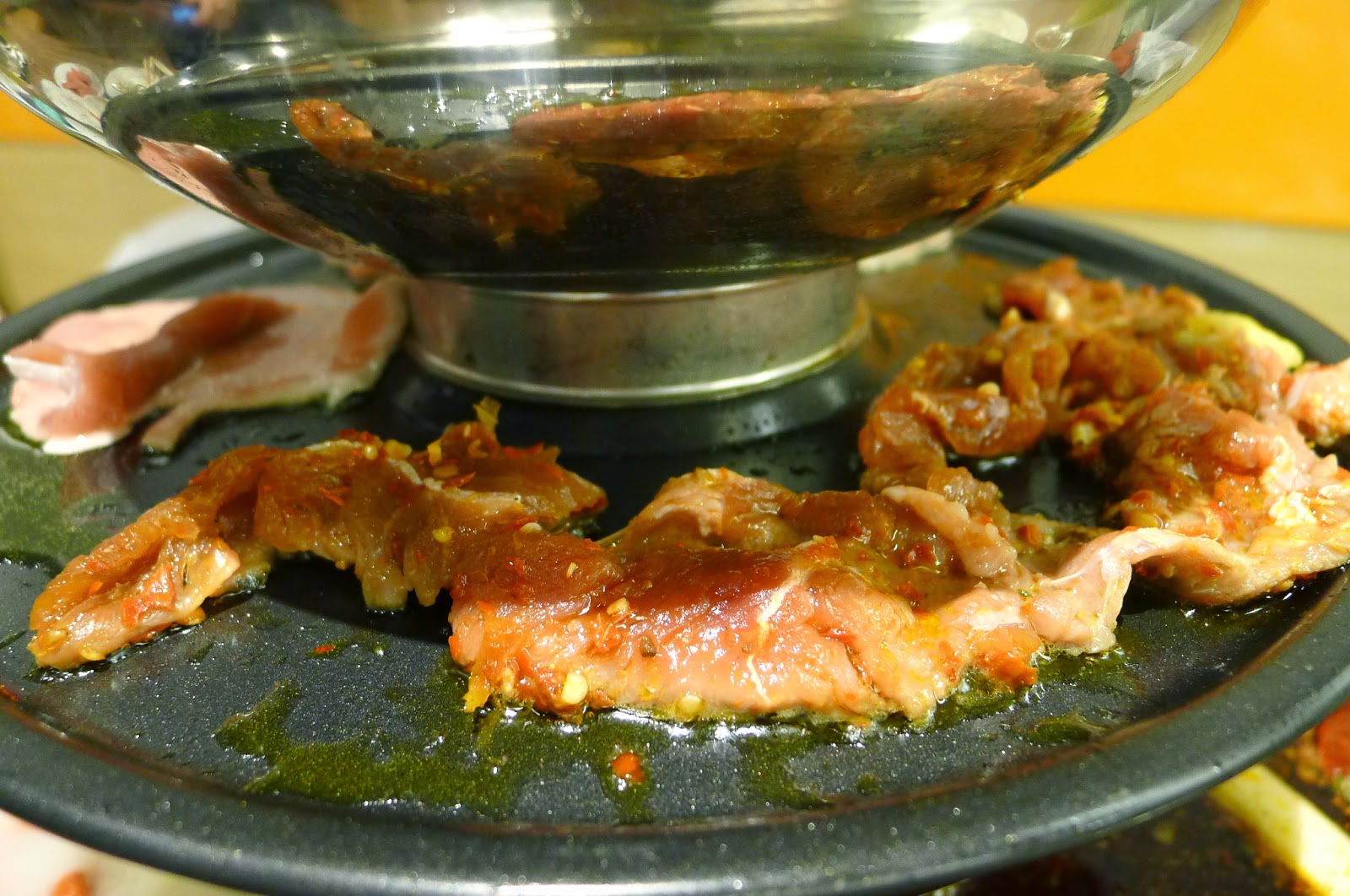 Chicken wings and drumlets come readily marinaded for the grill and no further condiments are required although these are available at the modestly set up sauce station. 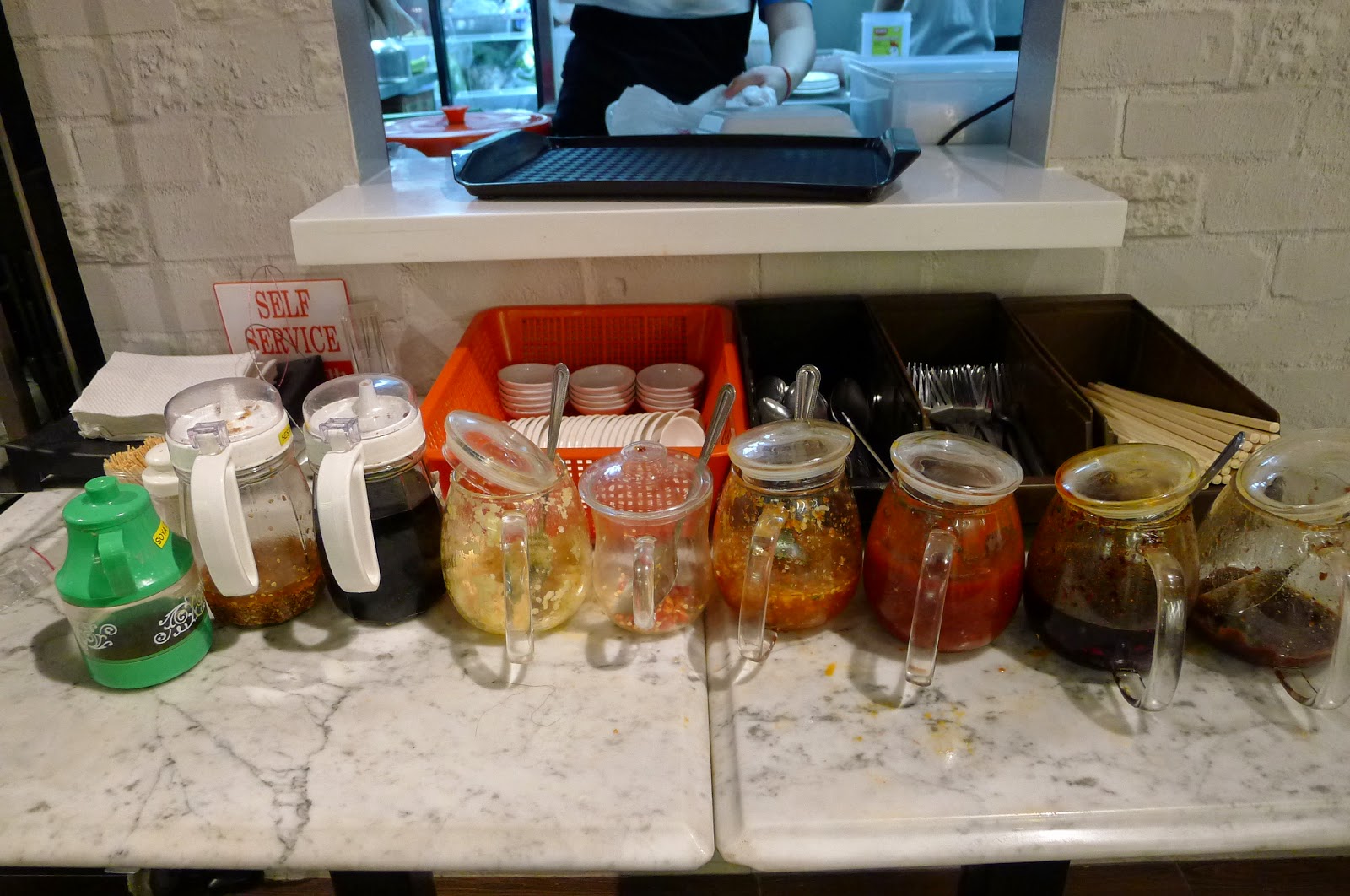 Slap on some slices of the house special-Jiu Mao Jiu marinaded beef, a signature dish that comes speckled with crushed chili flakes and seeds. The beef is already flavourful on its own but adding a dash of dipping sauce made with garlic, soy sauce and sesame oil makes for a good finish. 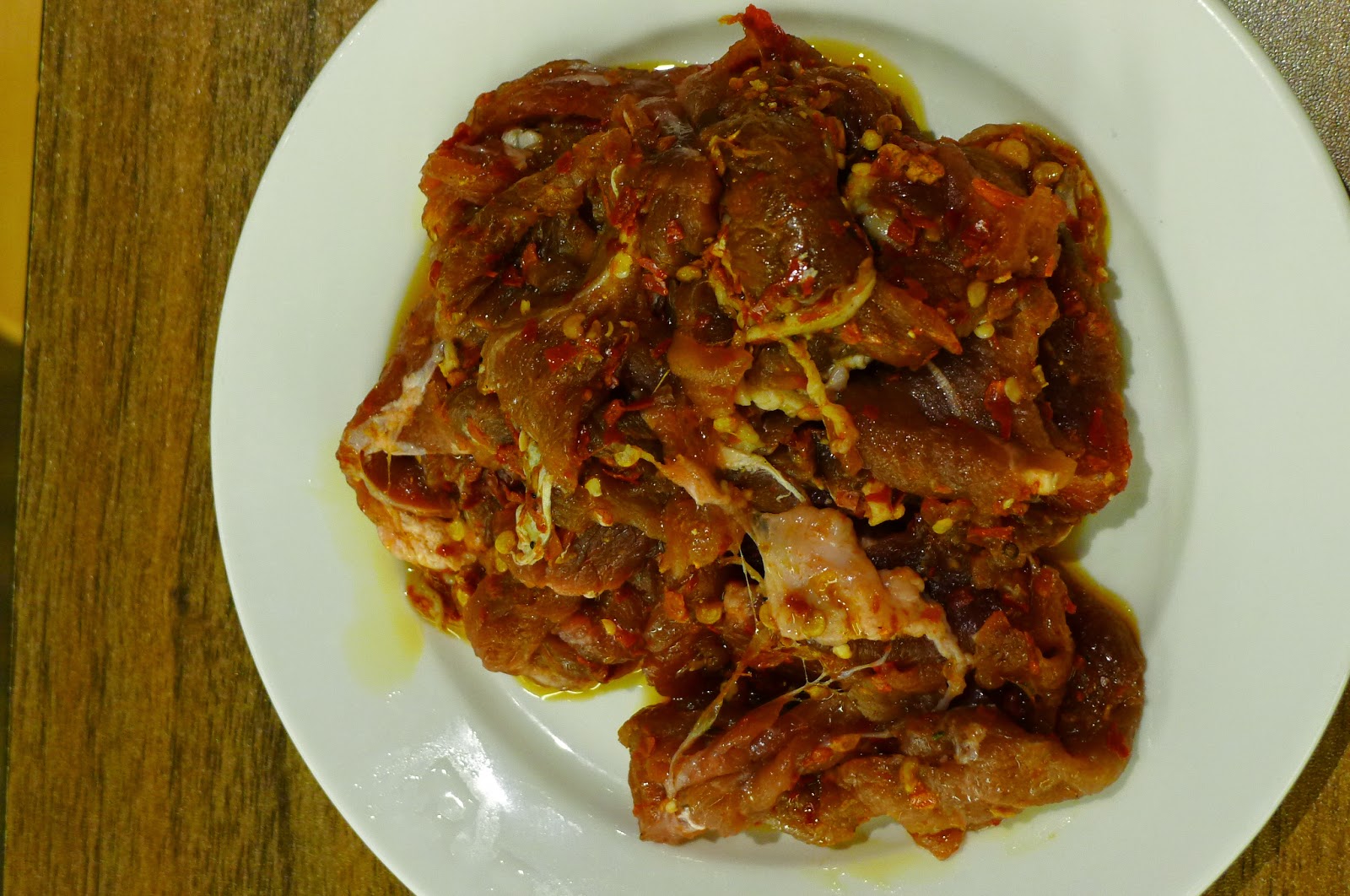 As you move up the "Pagoda", you'll find yourself at Tier 3 which really does little more than provide a cozy space to keep your cooked food warm. But it's these little touches (and well thought out ones) that make a dining experience all the more pleasurable.

Finally, if you can still stomach the rest of what has been a feast of immense proportions, then on the final tier, you'll find a steamer for your pork dumplings. The dumplings themselves had skins that held together without being too thick, and biting into them releases hot soup from within so you might want to make use of Tier 3 to cool these delicious morsels off a bit. 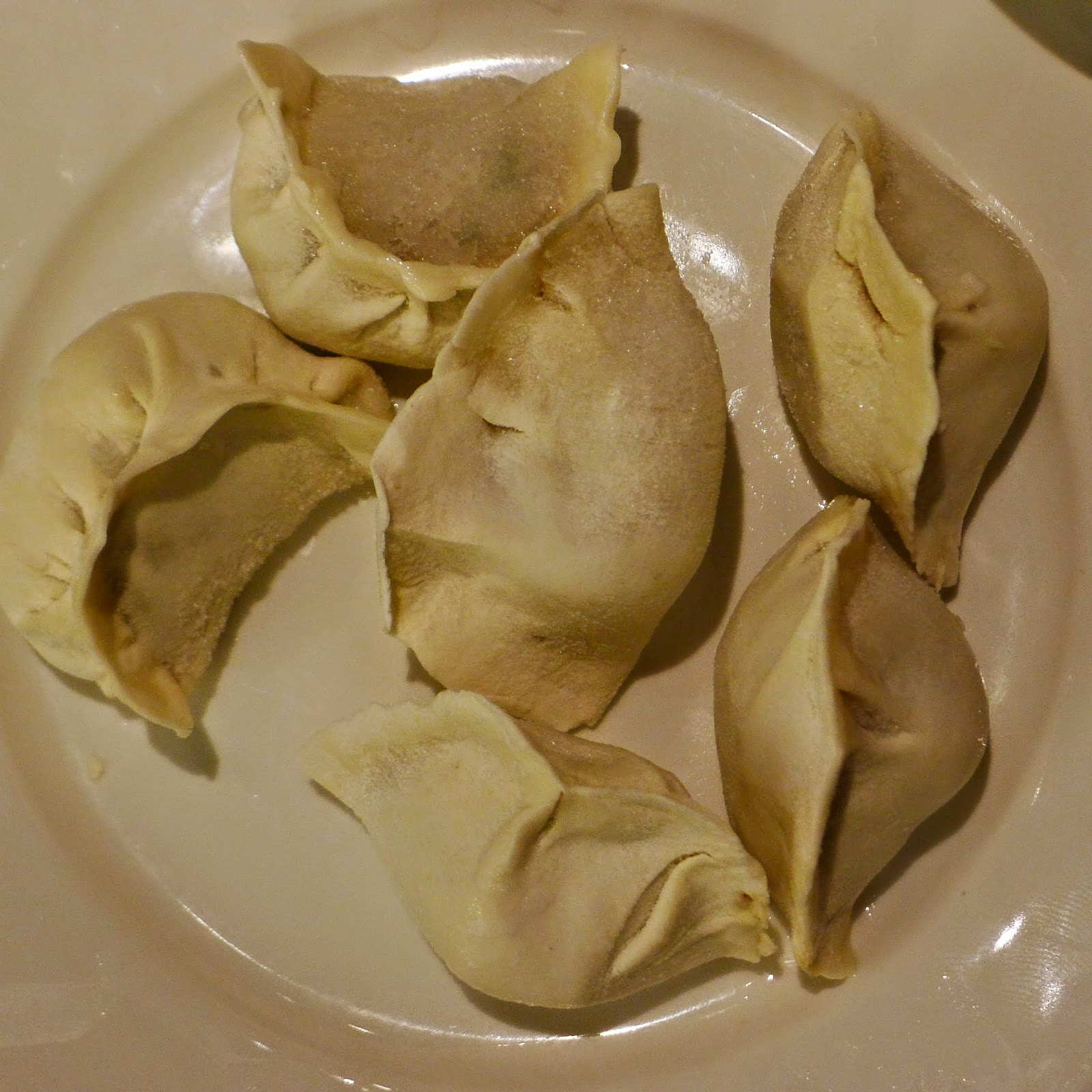 If you're up for some imbibing we are pleased to say they offer 雪花纯啤 which is a beer from Guandong (the ancestral birthplace of numerous Chinese Singaporeans). Currently the best selling beer brand IN THE WORLD (annual sales of 61 million hectolitres). It's crisp sweetness and light alcohol content makes for a refreshing accompaniment to a meal of red hot chilis and steamed dumplings. Thus far this is the only place in Singapore we know which serves this brand of beer. 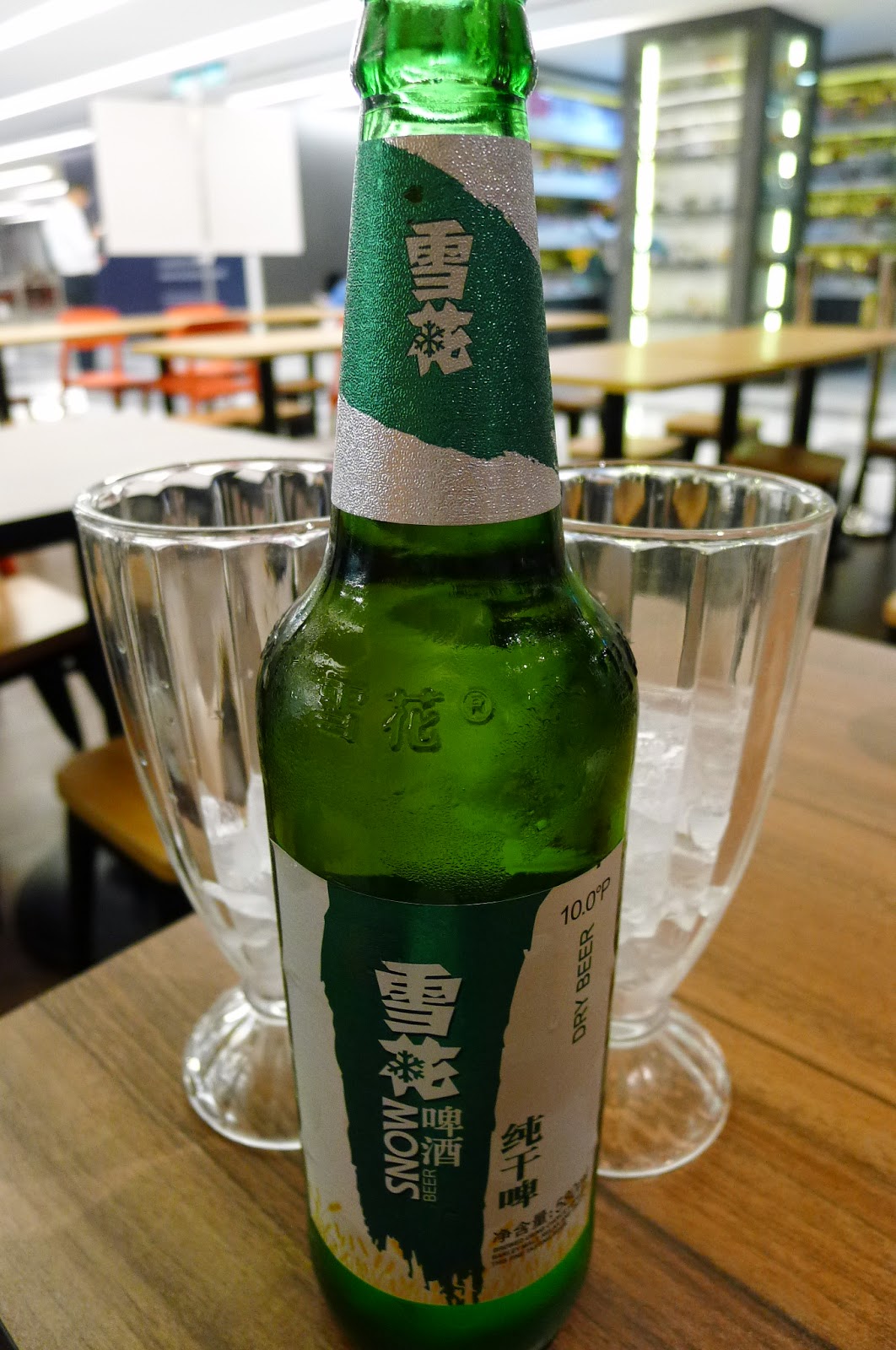 The establishment itself is fairly modest in scale so do ensure you come early if you want a seat. This place packs up during lunch so secure your seat early.

Everything other than the drinks is free flow and available to you at only $25+. That is a steal given prevailing market rates of eating out, not just among the steamboat/BBQ category but among F&B across the board.

If you're in town and have a steamboat craving but can't decide that's all you want, then Jiu Mao Jiu is the place for you. Bring along your friends, you'll need the extra help with this.