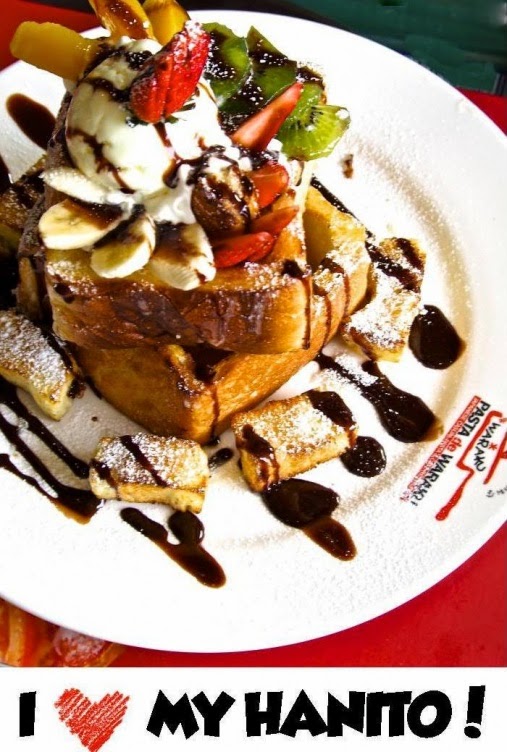 Pasta de Waraku has launched a new promotion for the month of June and Foodprints is proud to be the first to be invited for the tasting. Their promotion is as shown below:

It's the June holidays and we are indulging the kiddos with FREE Hanito! The children get to create their own amazing Hanito with a choice of 6 delicious toppings! Let their imagination run wild and their Hanito could resemble a Chocolate Mountain or simply the Colors of the rainbow! It's all up to you! Head on down to Pasta de Waraku and indulge!

Pasta de Waraku is located at The Central, Square 2 & T2.
This wonderfu dessert promo is valid till 30 June 2014.
1 Free Hanito per table only. Available to children 14 years and under. 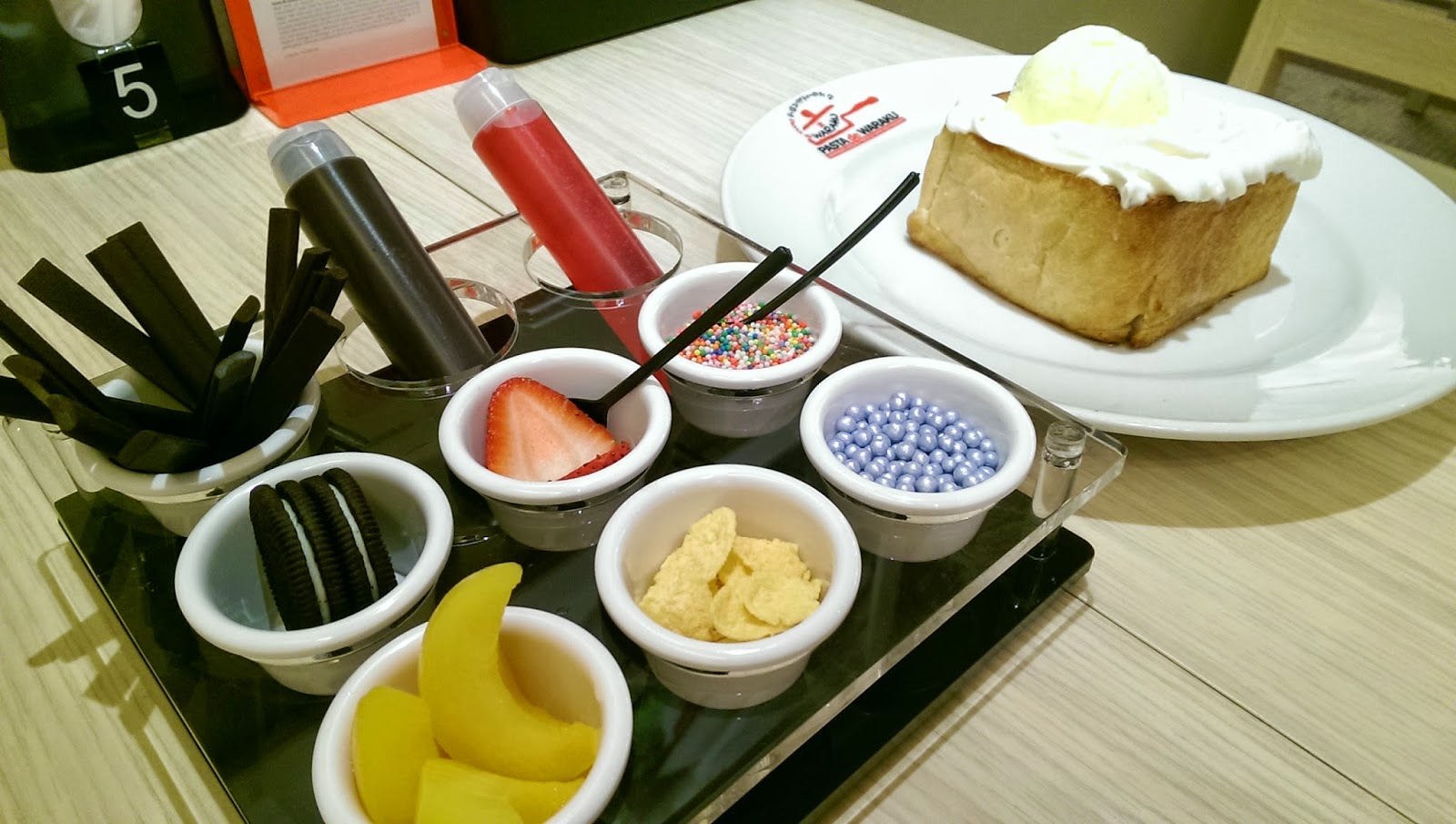 The ice cream comes with a generous portion of whip cream. At first we were slightly worried it will be over the top but it was soon seen that the portion was well designed.


The recommended way of eating it is to cut at the corners of the bread downwards and it will be easy to distribute the large portion of bread thereafter. The chefs have also taken the effort to cut the insides of the bread to cube and bite size for easy distribution! Very nice and gently gesture!

Just a word of caution, the sauce is not jam like so be careful when squeezing the tubes. A good mixture of chocolate, colours, fruits and icecream!! 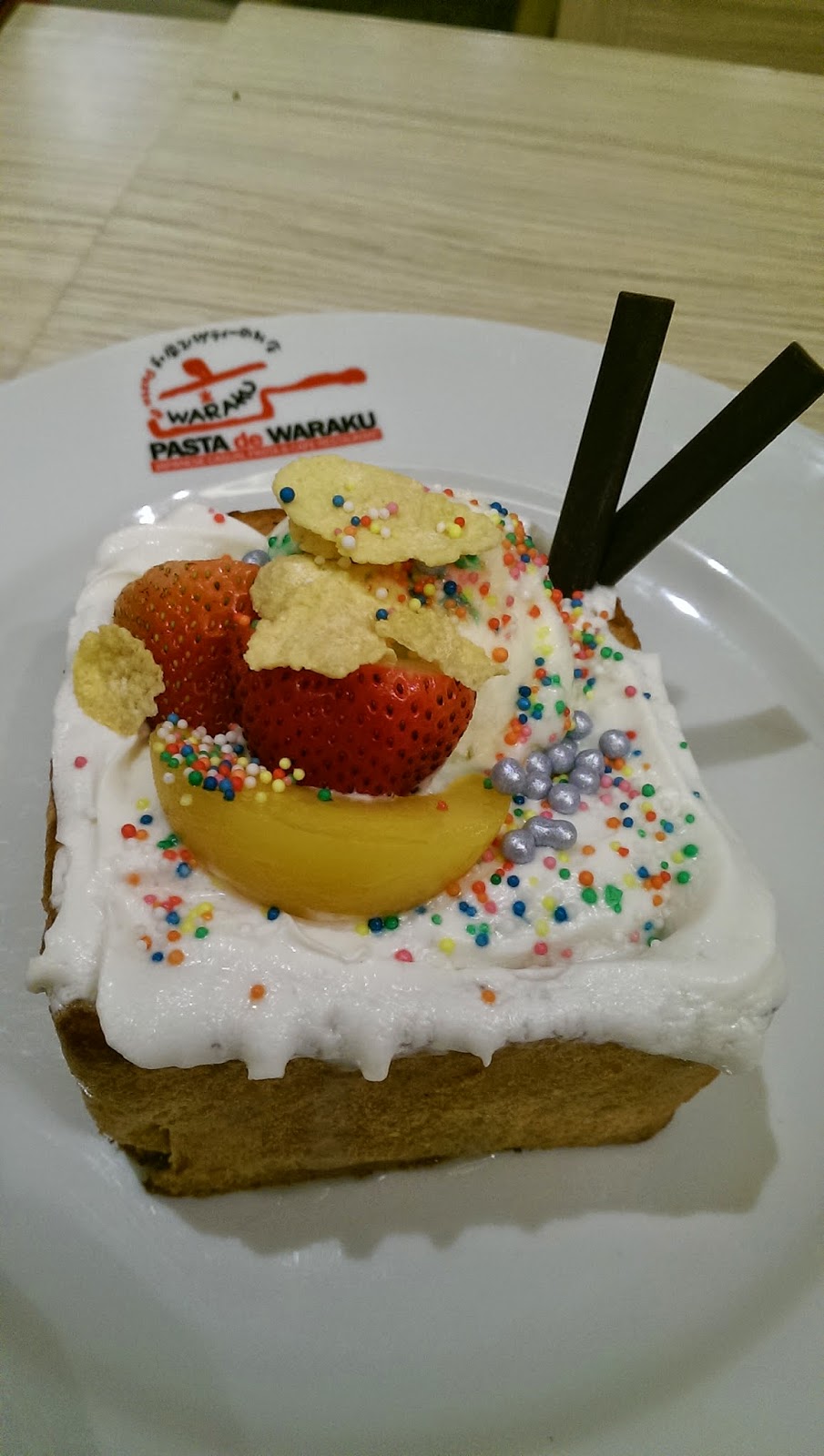 Overall, a nice but filling dessert, but fun and creative thought for the school holidays! 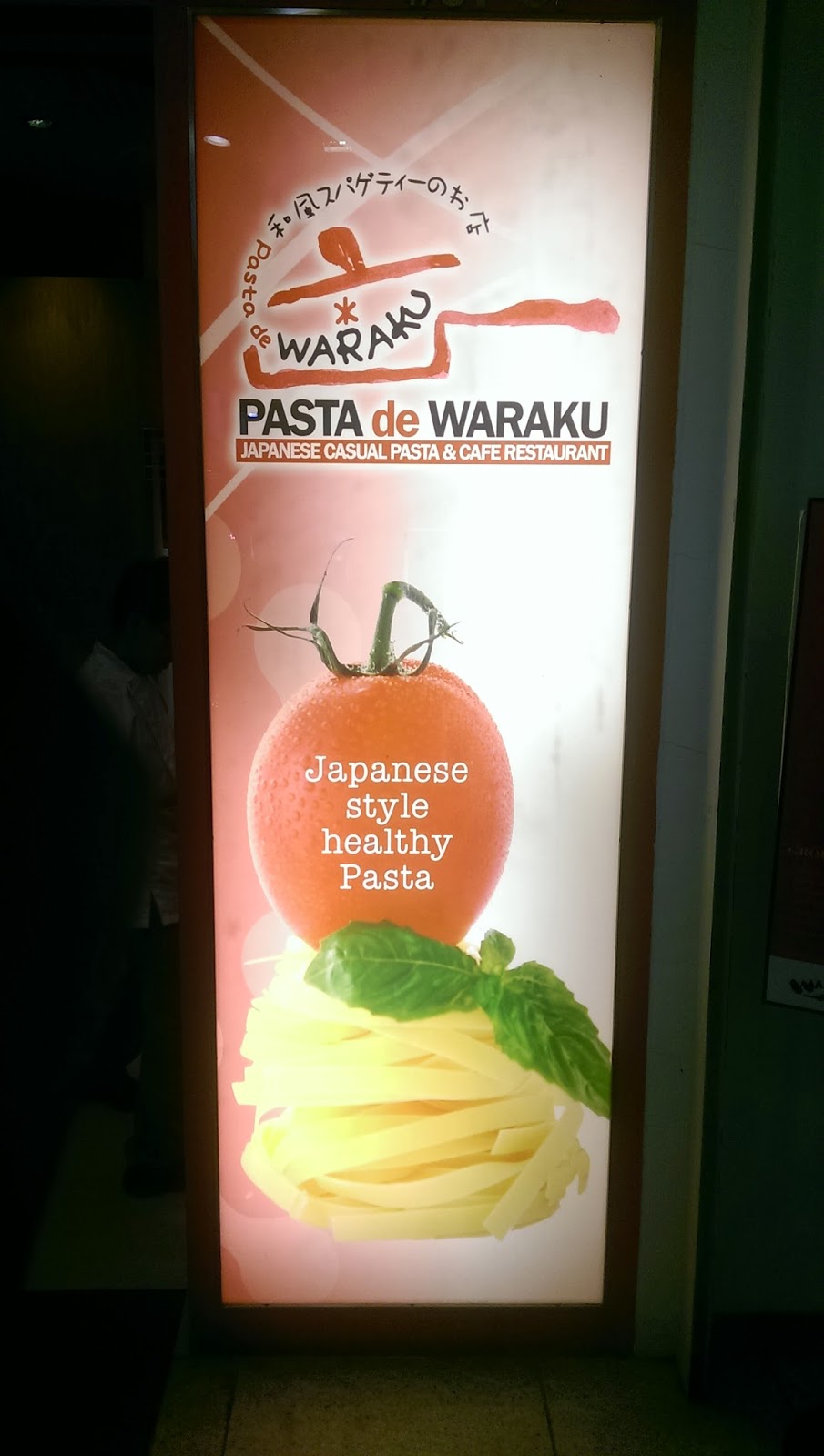