Can't remember what's the occasion but yah, the gang met up for breakfast at the Barracks! I think it's because Mr K (who is now Mr SP jio-ed). Yay. And to toast to the end of Mr Animator's singlehood. 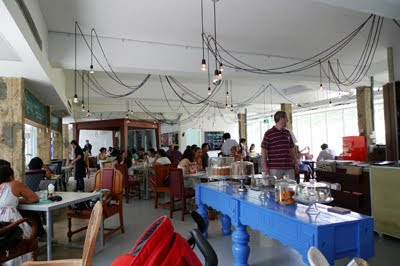 The no-frills decor that the cafe has brings back a very rustic feeling. May had been a bit under-done for some, but I guess we were alright with it. At least the air-conditioning was working fine. Hot weather on the day we visited. And we pity those who had to sit outdoors.


And yes, before we continue any further. Gong Xi Gong Xi from the little one. She had grown bigger since we last met. Note that she is almost as big as her mum liao. Ha. Very cute kid. And very fun when she's awake. :) 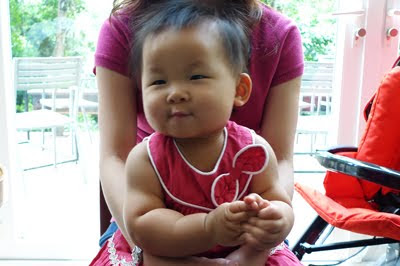 It was a shame that the pancakes were sold out! OK, we took our time to order and by the time everyone was settled down, it was almost 12noon. So, lesson learnt. Order early. Or be there early. Mr Animator and Mr Pancakes had to settle for something else. (Both our first choice were pancakes.) 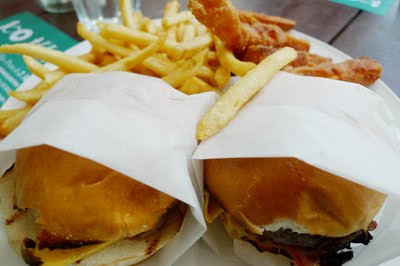 Mr Animator settled for the Old-fashioned American Sliders ($22) which comes with sweet potato fries and truffle fries. Mr Pancakes don't take beef and Mr Animator said the burgers were ok. But then again, most things are ok for Mr Animator. :) Only a hint of truffles can be tasted from the fries, and it was slightly too dry for Mr Pancakes. Nothing special about it if you were looking for the wow! factor.  The sweet potatoes on the other hand was superb. Nicely fried and still moist inside and a crispy texture to bite into. Nice indeed. 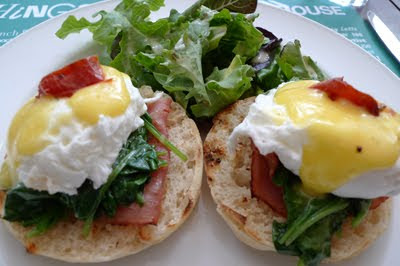 Mr Pancakes settled for the eggs benedict ($15) and was less than satisfied. The hollandaise sauce was too sour for his liking. The muffins were cold and the salad didn't taste fresh. And add to that a miserly serving of ham. Had to be one of the worst eggs benedict Mr Pancakes ever had. 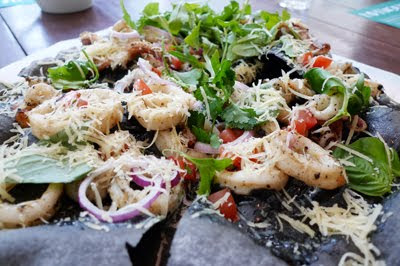 Mrs Pancakes settled for the Squid Ink Skinny Pizza ($18). And I must say, it was FANTASTIC. The crust tasted more like crackers and the squid ink sauce was just fabulous. The toppings were well balanced and most importantly it came warm! Splendid dish indeed. 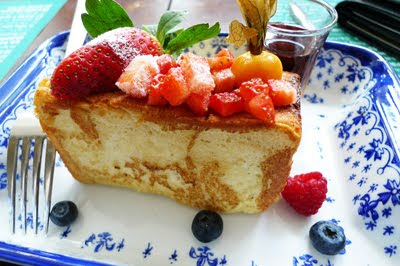 Mr Sailor (yay! Sailor Jr is arriving soon!) and Mrs Sailor settled for the Very Berry Stuffed French Toast ($17) which was supposed to be award winning. But it tasted like... french toast. Nothing special. Miss-able. We liked the HK Cafe one better. 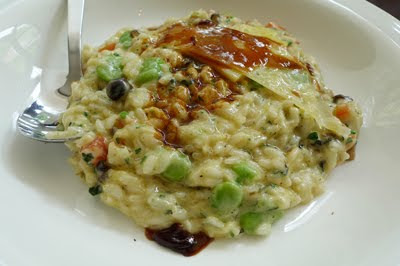 Mr SP (ex Mr K) had the Mushroom Risotto ($24). It was FANTA-BULOUS too! This had to be the best dish alongside the Squid Ink Skinny Pizza. Risotto was cooked to perfection and the flavours of the ingredients were totally infused into the grains. The woody taste of the mushrooms stands out and the creamy sauce was just right. Albeit a little costly, but a good dish nevertheless.


And yes, the drinks were nothing to shout about. Minor incident after we asked for the bill and we asked to reimbursed the price of a drink which was not served to us. The staff did just that after some time, but did not include the GST. We demanded for it (fifty cents, but still.) and all was done. Despite this little glitch, it was an enjoyable brunch with the gang. A little over-priced but the two outstanding dishes saved the day. 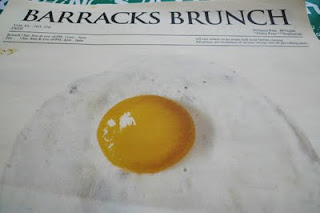