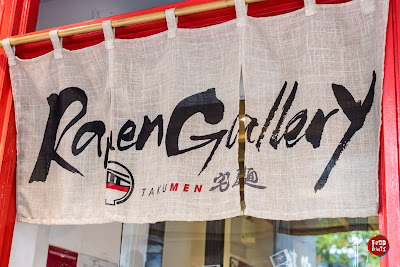 Now that you get the picture, know that I’m not totally against eating ramen, but any average ramen just wouldn’t cut it for me, the broth must be truly extraordinary.


Do know that the ramen at Ramen Gallery Takumen rotates every half a year, so do pop by every now and then and be pleasantly surprised with their offerings. 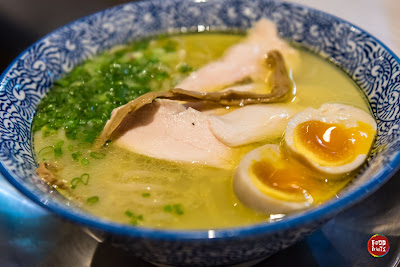 Over here at Ramen Gallery Takumen, I’ve tasted one extraordinary broth which was the Hajime Ramen. In a market saturated with pork broth ramen, the Hajime Ramen is created instead with selected chicken parts, boiled over long hours to create this hearty and wholesome soup. I’m convinced that the chicken meat has to be either cooked with a sous vide machine, or cooked with incredible patience and perfect technique, because it was tender juicy and succulent. Eggs were also done perfectly, with a runny yolk that was simply slurpilicious. While some restaurants will simply do ramen egg au naturel, the eggs here were nicely braised, full of flavours. I also found out that the Hajime won Tokyo Ramen of the year several times and is known to be one of the best ramen in Japan, and to that I say it is truly deserving of the title. 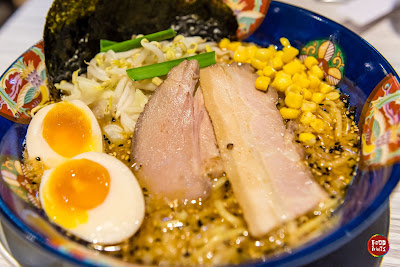 while the Hajime was wholesome and delightful, The Domiso on the other hand, delivered a flavour that was heavy and strong bodied. The saltiness and the richness of it all was an intense assault and it was a huge contrast to the Hajime I just had. I just feel that there was a little too much going on, despite being salty, there is a spicy kick, and a minty after taste. The ramen was also loaded with tons of corn and cabbage, which gave the broth another different dimension. I had no complaints about the char siew, but it became simply a side show compared to all that is going on. Individually, each component was beautifully crafted, but it did not come together to form a coherent picture.

Do visit for the excellent Hajime and those who are more adventurous might love the Domiso. Do also pop by regularly just to surprise yourself and see what new ramen is being offered as i was told that the ramen are rotated every 6 months