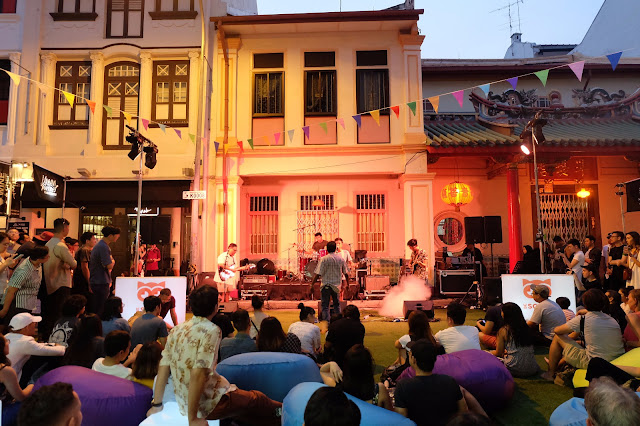 A ground-up place making project, Urban Ventures is a project under the Urban Redevelopment Authority’s (URA) Streets for People’s Programme. Under this initiative, URA helps to facilitate and provide support for such community-initiated projects, to create vibrant car-free zones across our sunny island. At Urban Ventures, a portion of Keong Saik road is closed off from cars, repurposing the public space from one for vehicles, into one for the people.


Back for its 7th edition, the atmosphere along Keong Saik road is hedonistic – people are freely traipsing along the street to the beat of the live band playing, sitting cross-legged along the kerb sipping on a beer, lounging out on one of the many bean bags littered across the road watching the live band play. It is easy to forget that Keong Saik road on your typical day is choked full of carbon monoxide where car park lots are premium.

Since the party was limited to a 400m stretch on Keong Saik street, it wasn’t hard to imagine that it will be packed with locals, expats and tourists. All of who were shuffling past each other to check out the mini flea market, popup stalls, music gigs and whatever else this party had to offer. Even though it was an especially humid day, it was great to be out here with friends on a Saturday evening. 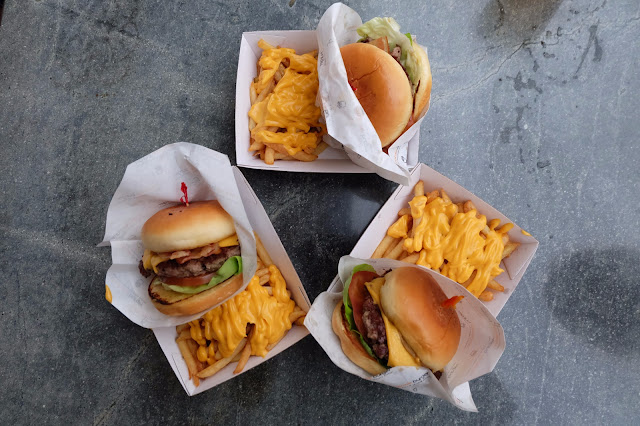 We started with a round of burgers and chips courtesy of Omakase Burger, widely reputed to be the kingpins for Burgers in Singapore. Our burgers were well marinated, the sauce complimented the patty to a T, it remained moist and juicy sitting in between a lightly toasted bun. I had to top up some moolah for the cheese fries, which I found a tad soggy. But hey, this is a pop up stall by the street side and anyone who is expecting gourmet fare needs to get their expectations re calibrated. 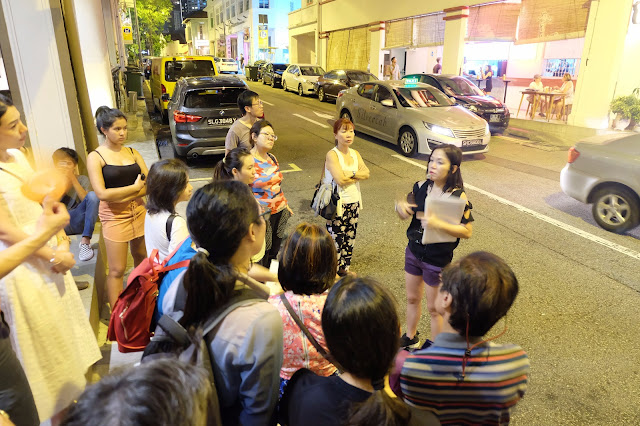 Learning about Keong saik was such an intense experience. First we had to wade past throngs of human traffic, and then we had to contend with the music coming from the live band as well as the honking from irritated drivers who did not expect to drive straight into a blockade.

Our guide was born and bred in Keong Saik and opened up to us about her childhood, about growing up in Keong Saik and how Keong Saik evolved from being an enclave of various clans, to becoming an infamous red light district and till today, an intimate street filled with various eateries and drinking holes.

While she provided us with in depth descriptions of the food and experiences, I felt that the tour would have benefited from a more generous usage of photos and other visual aids. 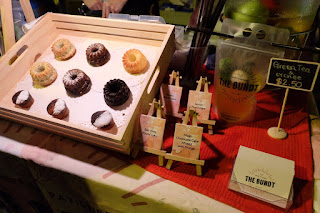 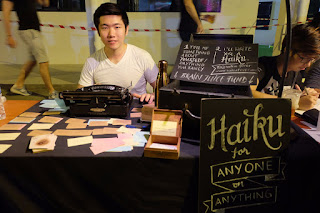 For us, we had a pretty good time at the writer’s booth. We got to write our name, a special trait of ours and what genre we like and based on that, these genius writers will craft a personalized story for us using a typewriter. Even though we are mature and responsible adults, we still can’t help but come up with ridiculous scenarios for each other. Imagine how difficult it was for these writers to write a story about a  ‘forest of ass hair’ in a ‘documentary’ genre or  a special trait of ‘farts don’t stink’ in an adult romance style. The result was EPIC FUNNY and worth the 45 mins we had to wait for it.

The music gigs were awesome too. We had sets from Subsonic Eye as well as midst, and we subtly rocked out to them. I don’t have much knowledge about our local Singaporean music scene, but I would have to say they produce some grooves that was perfect for the vibes of a street festival.

Overall, i think we are ready for more of this kind of events, major cities overseas have got their farmer/flea markets that occur monthly or weekly and find throngs of tourists and locals that visits them. This street party definitely exposed many people (including me) to the art scene in Singapore (bringing focus to our budding writers, musicians and entrepreneurs).

The next event is happening on 16/12/2017. Do follow "urban ventures" on Facebook for more details. I won't be missing it, so see you there!