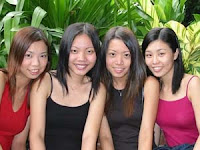 The Association was formed back in 1994, back when Mrs Pancakes (then Miss C), Mrs R (then Miss S), Miss M and Miss C were still in Secondary School.  Back then we coined ourselves "SCAM" but due to certain reasons along the way it came to be "SCCM".  Friends for 15 years, we have braved storms together, laughed and cried together.  The girls have went through roller-coaster rides with me, been by my side through the toughest times and laughed with me in happy times.  We are brutally honest with each other at times (or rather, most of the time :p), which keeps me grounded.  I feel blessed to have found such wonderful friends, who have been supportive of me and I believe I have not thanked them enough for always being there for me.  So this post is dedicated to them.  Love ya girls! Hugzzzzz...


Mrs R accepted a job posting in London and the rest of the Association decided to fulfill their wish of photographing their youth before it slips away (which is already slipping away... ha!). Mrs Pancakes decided to get the "association" together for their shots before Mrs K leaves for London which will put them beyond their 30s when she returns.  Thus, within the tight schedule that Mrs R has, we managed to fix a date and together with Mrs R's friend, Mr Y,  who kindly agreed to be our photographer for free(a million thanks!)!  On 21 Nov 2009, we journeyed to the Botanical gardens for our long-awaited photoshoot!


We met Mr Y at the Information counter where he was already armed with the map of the Botanical gardens.  We then waited for Miss M who is late (as usual).  About 5-10 mins later, we were on our way!  Mrs Pancakes has not been to the botanical gardens since she was in primary school and the place looks very different now.  Much more beautiful than she remembers.  Mr Y told us to ignore his existence and to be natural.  Initially, everyone was very conscious.  It is also due to the fact that the rest of us did not know Mr Y before the shoot.  But after the first few corny shots, we started to warm up :).  Here are some of the shots that we took from that day... 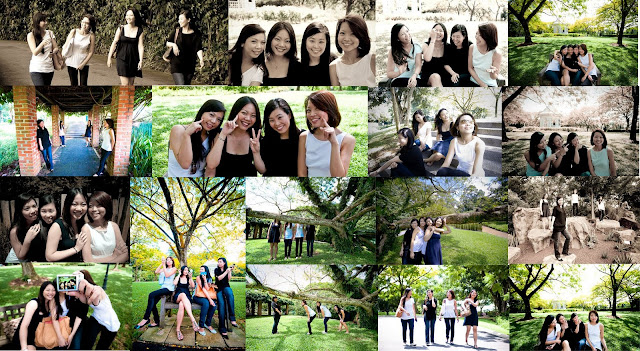 After a hard day (morning) at work, we went to Halia Restaurant for brunch. For drinks, I ordered the Halia Infusion which was a nice refreshing drink.  Do not order if you do not like the taste of ginger as it is pretty strong. The Association shared the Pork and Portabello sandwich, 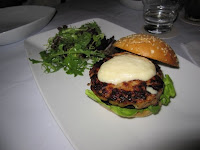 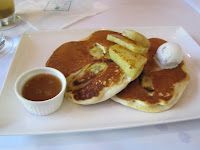 Egg Benedict (which goes by a different name that Mrs Pancakes can't remember), 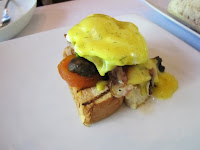 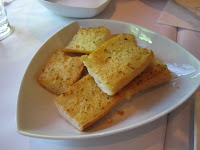 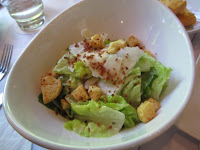 Food overall tasted fine, but a little pricey.  The Pina Colada Pancakes was something special that Mrs Pancakes did not find in other restaurants.  Not one of the best she's tried, but special. After the meal, we had desserts!  We tried a dessert which is basically chocolate dip with coffee ice shavings, to be taken with biscotti (Mrs Pancakes can't remember the name of this, argh!) but it was very tasty.  Love it!  Warning! take this after other desserts you've ordered.  Otherwise everything else will taste very ordinary. 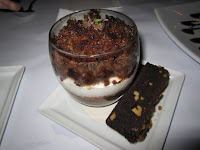 We also tried the brownie (after the previous dessert, so reviewing this would not do it justice), 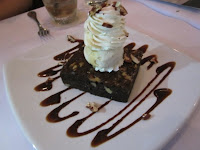 In thanks for his help, the Association treated Mr Y to brunch.  Honestly, we did not feel that the brunch was thanks enough for his help.  We felt bad that Mr Y did not have his brunch in peace as he was busy taking photographs of us.  This was what Mr Y ordered: 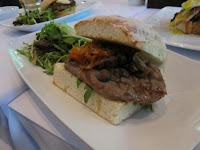 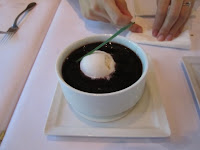 Beef steak sandwich and Pulut Hitam with ice cream. Then it was home sweet home for Mr Y while the girls went on to shopping at Ion! Best wishes to Mrs R in her stint.  We'll see you back in Sg 2011!